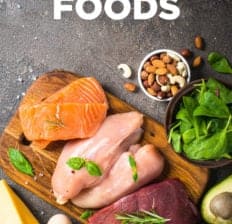 Did you know that a building block of protein can help improve a range of conditions from cold cores to cancer? It may seem like a myth, but it’s just science behind the many lysine (or L-lysine) benefits.

For years, people have been using L-lysine to treat the herpes virus and recover from workouts. As it turns out, this amino acid is good for more than just these two things.

Lysine benefits are extensive and include everything from helping manage anxiety to diabetes. This amino acid is found in food as well as available in supplement form.

Lysine is an essential amino acid. Many people know that several amino acids are known as the “building blocks of protein” and are needed in order for a huge number of internal functions to work properly, including growth.

L-lysine was first discovered by a German scientist known only as Dreschel in 1889, who was able to isolate the amino acid from casein, or milk protein. The exact structure of the molecule was recorded just three years later.

Of the few hundred amino acids found in nature, 20 are necessary for protein creation and growth, and only 10 of those 20 can be produced by the body. The remaining 10 are known as “essential” amino acids because humans must consume them for proper health.

Amino acid deficiencies cause a degradation of internal cells and can lead to huge problems, so it’s important to get enough of them in your diet. It’s common to be deficient in lysine and glutamine, in particular.

Essential amino acids are most often stereoisomers, meaning they exist in two variations that are identical to one another as mirror images. There are both D- and L- forms of these amino acids, and the L- form is used in protein synthesis and therefore the form found in food and supplements. Because of this, most people simply refer to this nutrient as “lysine” for short.

There are many incredible L-lysine benefits, from its use as a common treatment for cold sores to a potential anti-anxiety supplement. As is true with most nutrients available in supplement form, it can be taken orally but is absorbed best into the body when consumed through dietary sources. It’s found in large amounts in various kinds of meat, beans, cheeses and eggs.

Specifically, L-lysine is very important in the creation of carnitine, which converts fatty acids into energy and also lowers cholesterol levels. It also seems to play a role in absorbing calcium and helps the body form collagen, which aids in the growth and maintenance of bones and connective tissue (including skin).

As a natural disease-fighting agent, lysine benefits the human body in a variety of ways, many of which are only recently undergoing research.

An extremely common problem that millions of people have, many of whom aren’t even aware of it, is leaky gut syndrome. This condition is the permeating of your digestive tract lining, allowing larger-than-intended particles to get out of your digestive system and into the rest of your body. This causes allergic reactions, low energy, joint pain, autoimmune diseases and thyroid disease.

A form of L-lysine known as poly-L-lysine very recently was found to have anti-inflammatory effects on the lining of your gut, hopefully leading to more extensive research on how this amino acid may help improve the health of this lining and possibly prevent leaky gut.

Although not necessarily directly linked to leaky gut syndrome, L-lysine has also been found to suppress pancreatitis, an inflammation of the pancreas, another important part of the digestive system.

One of the most difficult things patients with diabetes experience is an increased risk for infection and other diabetes-related conditions. In the past several years, much attention has been given in this context to the large presence of advanced glycation end products, referred to as AGEs for short.

These AGEs are part of the aging process in the body in all people, but they’re in very high concentrations in diabetic patients. They’re implicated in many health conditions linked to diabetes, leading scientists to study therapies that involve stopping AGEs from collecting in large numbers.

Studies suggest that one of the L-lysine benefits for diabetics may be to prohibit the formation of AGEs in those with diabetes by preventing specific paths of glycation that lead to these products, helping to stave off infection. Thus, the addition of L-lysine benefits those following a diabetic diet plan if lysine foods are included.

Consuming L-lysine is associated with better absorption of calcium, which leads some to believe that it can help people with or at risk for osteoporosis. No studies have been done to date on the link between L-lysine and osteoporosis, but because of the important role calcium plays in bone health, logic suggests it may be a beneficial nutrient to supplement those with brittle bones.

In fact, calcium is good for more than just your bones. Consuming appropriate amounts of calcium is associated with:

Athletes often take L-lysine as a protein supplement to improve performance. This, too, may be related to the way L-lysine causes your body to absorb calcium.

4. May Decrease Outbreak and Frequency of Cold Sores

If you’ve heard of L-lysine before, it’s probably in conjunction with a natural cold sore remedy. Cold sores are a result of the herpes simplex-1 virus, also referred to as HSV-1, and around 67 percent of people under 50 are infected with the virus, even if they never display symptoms.

While research is inconsistent on the subject, most individuals who use L-lysine to treat cold sores find it to be very effective. Some studies support that L-lysine can help reduce the number of HSV outbreaks someone has, while others say that outbreaks happen at the same frequency but last a shorter period of time.

Experts generally agree that L-lysine is unlikely to completely stop outbreaks altogether but may aid in lessening their severity and/or frequency.

One study using a cream combining L-lysine with herbs and zinc found that 87 percent of patients saw their cold sores go away by day six of treatment. This is significant because these outbreaks usually last about 21 days.

The way this nutrient may fight cold sores is not entirely clear, but one such reason may be the way that it interacts with arginine, another amino acid that’s produced in small amounts within the body. Arginine has been shown to increase the replication rate of herpes virus cells, and high amounts of L-lysine in the body decrease the activity of arginine because they work against one another.

5. Reduces Anxiety and Other Psychological Symptoms

Along with eating foods high in B vitamins, magnesium and omega-3 fatty acids, you can also try increasing your L-lysine intake to minimize anxiety. Because L-lysine may help your body absorb calcium, which is another beneficial nutrient for anxiety sufferers, this may be one of the primary ways in which it helps remedy anxiety.

This is especially important in developing countries in which wheat is the primary staple food. People living in these environments are much more likely than those in first-world countries to be deficient in L-lysine.

Research suggests that fortifying diets of people in wheat-dependent countries can help reduce both stress-induced anxiety and diarrheal responses.

It’s possible that L-lysine benefits those with schizophrenia as well, which manifests in extremely serious symptoms often linked to anxiety. Preliminary findings show that L-lysine supplementation along with conventional therapy can help decrease negative and general symptoms of schizophrenia, although dosing and long-term effects have not yet been determined.

6. May Help in the Treatment of Cancer

Researchers continue to discover more ways that nutrients found in our food and in nature may potentially target malignant cells without killing good ones.

In 2007, scientists at Florida State University studied the effects of “lysine conjugates” on damaged strands of DNA, like the ones found in cancer. Basically, this substance can locate a damaged strand by identifying “cleavage” in it (a damaged spot) and cause the rest of the strand to cleave (tear apart) as well. The cell is usually unable to repair this damage, leading to apoptosis, the death of cells.

The more you learn about lysine, the more you realize how fascinating the potential of this treatment is and how it works alongside specific types of light. The cancer-killing ability of lysine conjugates are only activated when exposed to particular types of light, which allows researchers, and potentially doctors, to inject or place the treatment into the most concentrated location of cancer cells and activate them at their most potentially effective spots.

The scientists conducting the FSU study found results ranging from 25 percent all the way to 90 percent of destroyed cancer cells, which is astounding.

Cancers associated with the bone marrow, such as leukemia, may also meet their match with L-lysine, according to preliminary research. In one study, researchers suggest that L-lysine injection helped prevent genotoxicity (DNA and RNA damage) in cells exposed to a cancer-causing substance.

The very best way to increase your lysine content is by eating foods naturally rich in the amino acid.

When eating lysine-rich foods, remember that conventional preparation methods can decrease the nutritive value of the lysine. These include methods like reducing with a sugar-based substance, heating lysine sources in the presence of yeast or sucrose, and cooking with the absence of moisture.

The top 10 foods highest in lysine are:

While these are all rich in lysine, it’ important to use caution and avoid pork, soy and shrimp as much as possible, as these foods are often contaminated with toxins. As for the meat, cheese and eggs, always make sure you consume grass-fed, free-range and organic whenever possible.

Getting your nutrients from foods rather than supplements is ideal whenever possible. This way, your body absorbs more of the nutrients, and you don’t risk overdosing.

However, a supplement product can be extremely beneficial in cases where you know you aren’t able to meet your daily value recommendations of specific nutrients.

The average person (around 150 pounds) should get between 800–3,000 milligrams of L-lysine in his or her diet each day.

Dosage recommendations for treating herpes outbreaks are suggested at one to three grams daily of an additional L-lysine supplement. Lysine is also available in cream form, often used to apply to cold sores for its healing effect.

L-lysine supplements have been known to cause some minor side effects, although consuming natural sources of lysine is not proven to have the same effect. These side effects include stomach pain and diarrhea.

There has also been one report of kidney disease linked with lysine supplements, so patients with kidney and liver impairment should use caution and consult with their health care providers before beginning to take a lysine product.

Because its effects on pregnant mothers has not been researched at length, those who are pregnant and/or nursing should avoid taking L-lysine supplements.

While L-lysine benefits those with a large number of diseases, there is evidence that it can increase the viral load of HIV patients. For this reason, those diagnosed with HIV/AIDS should not take L-lysine supplements and consume high-lysine foods only (which probably do not produce the same results).

On the positive side, scientists discovering this phenomenon are now able to use this to speed up testing of HIV-fighting treatments.