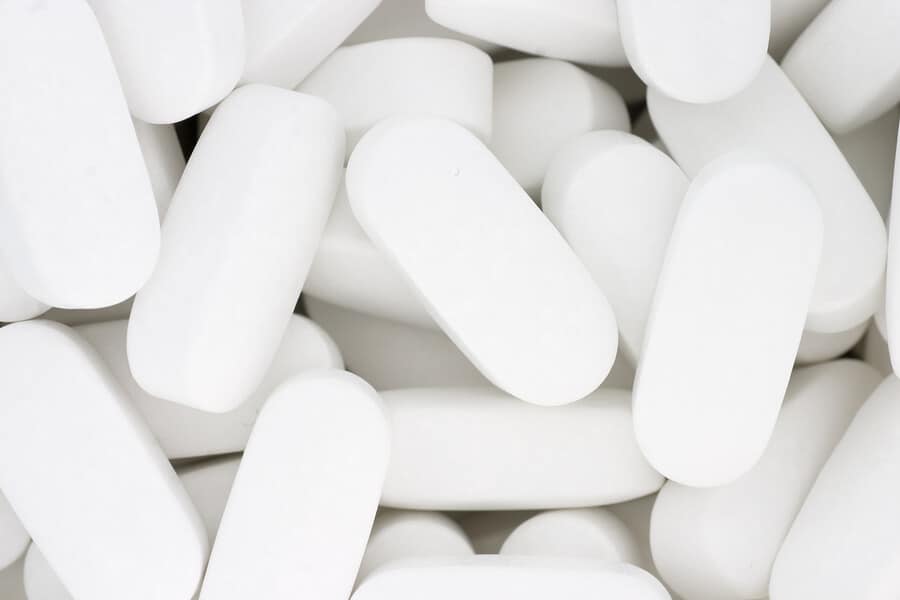 One of the most widely used additives in drugs and supplements today is magnesium stearate. You’ll actually be hard-pressed to find any supplement sold on the market today that doesn’t include it — whether we’re talking magnesium supplements, digestive enzymes or another supplement of your choice — though you may not see it named directly.

Commonly referred to by other names, such as “vegetable stearate” or derivatives like “stearic acid,” it’s virtually everywhere. In addition to being ubiquitous, magnesium stearate is also one of the most controversial ingredients in the supplement world.

In some ways, it’s similar to the vitamin B17 controversy, and there’s debate on whether it’s a poison or a cancer treatment. Unfortunately for the general public, natural health experts, supplement companies’ researchers and health care practitioners regularly site conflicting evidence to support their personal opinions — and it’s extremely challenging to get to the facts.

With these kind of debates, it’s best to take a practical approach and remain leery of siding with extreme perspectives.

The bottom line is this: Like most fillers and bulk additives, magnesium stearate isn’t healthy in high doses, but it’s not as harmful to consume as some make it out to be because it’s typically only available in minuscule doses.

What Is Magnesium Stearate? What Does It Do?

Stearic acid is a saturated fatty acid found in many foods, including animal and vegetable fats and oils. Cocoa and flaxseeds are examples of foods that contain substantial amounts of stearic acid.

After magnesium stearate is broken back down into its component parts in the body, its fat is essentially the same as that of stearic acid. Magnesium stearate powder is often used as an additive in dietary supplements, food sources and cosmetics.

Magnesium stearate is the most common ingredient used in forming tablets because it’s an effective lubricant. It’s also used in capsules, powders and in many food products, including a host of confectionary, chewing gum, herbs and spices, and baking ingredients.

Known as a “flow agent,” it helps speed up the manufacturing process because it prevents ingredients from sticking to the mechanical equipment. Just a minuscule amount is required to coat a powder blend of virtually any drug or supplement mixture.

It also works as an emulsifier, binder, and thickening, anticaking, lubricant, release and antifoaming agent.

Not only is it fantastic for manufacturing purposes because it allows for smooth transport on the machines that produce them, but it makes the pill easier to swallow and move down the gastrointestinal tract. Magnesium stearate is also a common excipient, which means it helps enhance the therapeutic effect of the active ingredient of various medications to promote drug absorption and solubility.

Some claim that it’s possible to produce a drug or supplement without excipients like magnesium stearate, which begs the question why they’re used when more natural alternatives are available. But that may not be the case.

In the words of the largely popular NOW Foods company:

NOW is reformulating some products with alternatives to mag stearate, using such natural excipients as ascorbyl palmitate, but we’re doing it where it makes sense and not because we misunderstand the science. These alternatives don’t always work, though, having different physical properties.

At this point, it’s still unclear whether magnesium stearate alternatives are probable or even needed. Related: 9 Signs You Have Magnesium Deficiency and How to Treat It

When taken in amounts found in dietary supplements and food sources, magnesium stearate is likely safe. In fact, whether you realize it or not, you probably consume the additive every day in your multivitamin, coconut oil, eggs and fish.

NOW is quite confident that magnesium is non-toxic. Its website states:

Just like other chelated minerals (magnesium ascorbate, magnesium citrate, et al), [it] has no inherent negatives based on its being in a stable neutral compound comprised of a mineral and a food acid (vegetable sourced stearic acid neutralized with magnesium salts).

On the other hand, in its report on magnesium stearate, the National Institutes of Health (NIH) poses the threat of magnesium overdose in impairing neuromuscular transmission and that it can cause weakness and diminished reflexes. Although extremely rare, the NIH reports that:

Thousands of exposures occur every year, but severe manifestations are very rare. Severe toxicity is most common after intravenous infusion over multiple hours (usually for pre-eclampsia), and can occur after chronic excessive doses, especially in the setting of renal insufficiency. Severe toxicity has been reported after acute ingestion but is very rare.

Nonetheless, this report hasn’t put everyone’s mind to rest. Just a quick glance at Google shows magnesium stearate connected to a number of side effects, such as:

Because it’s hydrophilic (“water loving”), there are reports suggesting that magnesium stearate can slow down the rate at which drugs and supplements are dissolved in the gastrointestinal tract. Directly affecting the ability of the body to absorb chemicals and nutrients, the protective nature of magnesium stearate can theoretically make a drug or supplement veritably useless if the body can’t break it down properly.

On the flip side, a study conducted at the University of Maryland claims that magnesium stearate didn’t affect the amount of chemicals that were released from propranolol hydrochloride (a drug used to control rapid heart rate and bronchospasm), so the jury is still out on this one.

In fact, manufacturers use magnesium stearate to improve he consistency of capsules and allow for the proper of absorption of medications by delaying the content’s breakdown until it reaches the bowels.

A key component of your body’s immune system to attack pathogens, T-cells are affected not by magnesium stearate directly, but by stearic acid (the main component of the common bulking agent).

The landmark study first describing this was published in the journal Immunology in 1990, which uncovered how T-dependent immune responses were inhibited in the presence of stearic acid alone.

In a Japanese study evaluating common excipients, vegetable magnesium stearate was actually discovered to be a formaldehyde-causing agent. This may not be as scary as it sounds, though, as data shows that formaldehyde is naturally found in many fresh fruits, vegetables and animal products, including apples, bananas, spinach, cabbage, beef and even coffee.

Because it was an isolated incident, we can’t jump to premature conclusions that people who take supplements and prescription drugs with magnesium stearate should be concerned with toxic contamination.

Some people may experience allergy symptoms after consuming foods or supplements made with magnesium stearate, which may cause diarrhea and bowel spasms. If you have an adverse reaction to the additive, you will have to read ingredient labels carefully and do some research to find products that aren’t made with the popular agent.

Related: What Is Silicon Dioxide and Is It Safe?

How to Consume It Safely

The National Center for Biotechnology suggests that taking 2,500 milligrams of magnesium stearate per kilogram of body weight is considered safe. For an adult weighing about 150 pounds, that’s 170,000 milligrams per day.

When considering the potentially harmful effects of magnesium stearate, it’s helpful to think about “dose dependency.” In other words, next to intravenous overdose for severe medical conditions, magnesium stearate has only been shown to be harmful in laboratory studies where rats were force-fed such an exorbitant amount that no human on the planet could ever consume that much.

Case in point, in 1980 the journal Toxicology described the results of a study that took 40 rats and fed them a diet of either 0 percent, 5 percent, 10 percent or 20 percent magnesium stearate in a semisynthetic diet for three months. Here’s what it found:

Too much of anything can be harmful, and people can die from drinking too much water, right? This is important to keep in mind because for someone to be harmed by magnesium stearate, that person would need to consume literally thousands of capsules/tablets in one day.