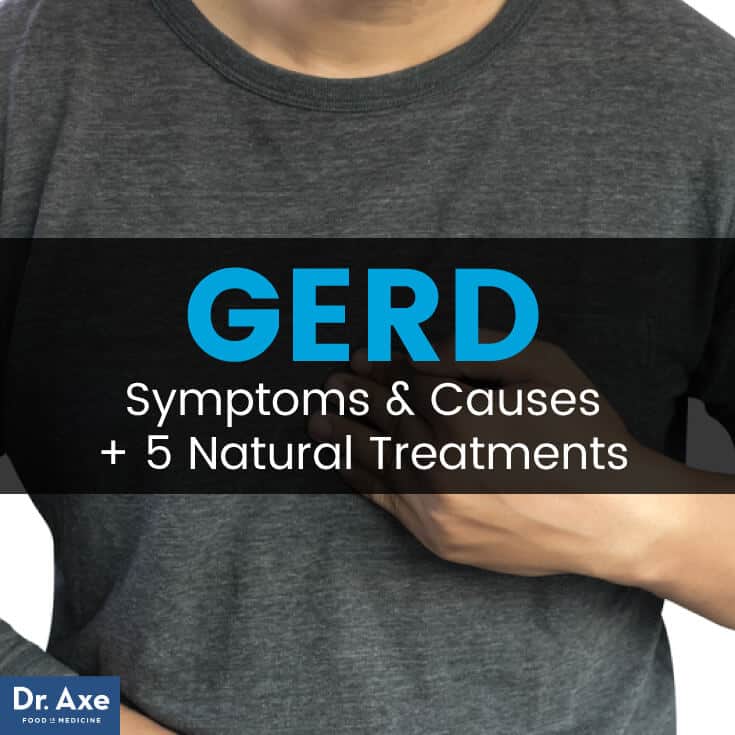 Between 20-44 percent of the total population of those living in Western, industrialized nations suffers from GERD. Many experts believe that the alarmingly high prevalence of GERD is a direct result of eating a modern, highly-processed diet. Up to 40 percent of Americans experience GERD-related symptoms at least monthly. Around 10-20 percent experience GERD symptoms almost daily. Worse still, up to 15 percent of GERD patients may wind up developing Barrett’s esophagus syndrome.  Severe tissue damage and scarring of the esophagus causes Barrett’s esophagus syndrome. (1) Not surprisingly, studies show that GERD prevalence is much higher in the Western world compared to in Asian countries. Prevalence there is less than 5 percent. (2)

According to recent research, so many people develop GERD likely not just because they have left acid reflux symptoms untreated. For nearly the last 80 years, acid reflux was considered the early stage of GERD. Today experts are turning their attention towards another contributing factor: chronically high inflammation as the actual culprit behind GERD. Inflammation not only contributes to tissue damage in the esophagus.  It’s also tied to many other forms of digestive distress.

While this finding is important and changing the way we think about GERD, maybe we shouldn’t be all that surprised. After all, inflammation is at the root of most diseases.

How is GERD treated? The World Journal of Gastrointestinal Pharmacology & Therapeutics states that “Management of GERD may involve lifestyle modification, medical therapy and surgical therapy.” (3) If you’re one of many adults suffering from GERD symptoms (or acid reflux symptoms) like difficulty swallowing, digesting or breathing, you’ll be happy to know there are many effective natural remedies available. These include eating a GERD-healing diet, limiting stress and exercising. These can help bring you relief without the risks associated with long-term medication use.

In patients with GERD or acid reflux, usually it’s not that too much stomach acid is causing symptoms. Rather, the acid is in the wrong place. In fact, acid production might be even lower than in healthier people. In healthy adults the part of the esophagus called the esophageal sphincter keeps stomach acid in its proper place. When this “valve” stops working properly (usually because it “relaxes” too much or loses its strength), stomach acid can creep up into the esophagus. The most common GERD or acid reflux symptoms that develop as a result are chest pains, burning sensations and difficulty swallowing.

The most common symptoms of GERD include:

Gastroenterologists classify GERD symptoms as either typical or atypical. Most symptoms are strongest after eating. Bigger, fattier meals that consist of processed or acidic foods especially cause symptoms. Typical symptoms include heartburn and acid regurgitation. Atypical symptoms include epigastric pain, dyspepsia, nausea, bloating, and belching. Many secondary symptoms related to GERD can also cause pain or dysfunction in the throat and esophagus. Examples include coughing and asthma. These secondary symptoms seem to affect those with esophageal damage because there are shared nerves that control the cough reflex and esophagus. These shared nerves can become inflamed and damaged over time. Esophageal acid exposure and mucosal damage can trigger reflexes that cause someone to gasp for air, have trouble breathing and other respiratory issues. (4)

If left untreated, GERD can also lead to serious health problems in some cases. Complications include Barrett’s esophagus, an increased risk of esophageal cancer, worsening asthma, ulcers in the esophagus and severe tissue scarring. Experts found that persistent GERD symptoms can take a toll on someone’s quality of life, including both physical and mental health. A high percentage of those with GERD report reduced mental health. This lowered mental health also seems to decrease how well they respond to medications. (5)

So does acid reflux necessarily cause GERD, and if not, then what does? For decades, researchers and doctors have believed that stomach acid traveling up from the stomach and into the esophagus was the cause for burning sensations in the chest and other acid reflux symptoms that led to GERD. Esophageal 24-hour pH monitoring tests have been used to diagnose GERD. These tests determine the total acid contact time in the esophagus, along with measurements of symptoms. The idea is that acid reflux erodes the tissue in the esophagus for a long time before GERD, the more severe condition, develops.

But according to a 2016 study published in the Journal of the American Medical Association, “Studies in animals have challenged the traditional notion that reflux esophagitis develops when esophageal surface epithelial cells are exposed to lethal chemical injury from refluxed acid.” (6) While acid reflux (regurgitation of acid into the esophagus) likely contributes to GERD symptoms, new findings suggest that the root causes of GERD are actually tied to abnormal inflammatory responses. Inflammation develops in the digestive system, including the esophagus, through secretion of proteins such as cytokines, which damage esophagus tissue cells.

Scientists involved in the JAMA study mentioned above found that when patients with acid reflux discontinue taking their standard proton pump inhibitors treatments, or PPIs, many develop changes in the esophagus. Increased inflammation causes these changes, not just scarring or burns that would be expected from stomach acid. Two weeks after stopping PPI medication, in many patients esophageal acid exposure increased, mucosal impedance decreased and all patients had evidence of esophagitis (caused by inflammation). Stopping PPI medication use was associated with T-lymphocyte inflammation and basal cell and papillary hyperplasia. This suggests that more than simply erosion of the esophagus due to the presence of stomach acid was taking place.

What types of things cause inflammation in the first place? Risk factors for developing high levels of inflammation that can damage the esophagus include:

Other causes and contributing factors of GERD symptoms can include:

The Trouble With Conventional Treatments For GERD

The majority of healthcare providers typically prescribe several categories of GERD medications to ease patients’ symptoms. Most work by decreasing hydrochloric acid levels, which  blocks the effects of acid erosion in the esophagus, but this doesn’t mean they fix the root problem causing symptoms (inflammation, a poor diet, etc.). GERD medications include:

Once you begin using medications to treat GERD, such as PPIs, chances are your doctor will recommend staying on them for many years. Unfortunately, chronic use of PPIs can disrupt a person’s microbiome. This causes poor gut health, alters the immune system and increases the risk of serious infections like Clostridium difficile. Long-term use of PPIs may even change the pH level in your stomach. These changes may block some of your body’s natural ability to absorb key nutrients and altering the acid/alkaline ratio.

Luckily, many people have success treating GERD through a healthier diet. I recommend everyone with GERD first avoid inflammatory foods. Adopt a diet rich in inflammation-fighting foods before taking prescriptions, especially long-term.

Sensitivities to certain foods — such as dairy, gluten and many synthetic ingredients found in processed foods — can trigger GERD symptoms and inflammation in some patients. There are a number of foods that are likely to make the pain worse. These include: caffeine, chocolate, alcohol, high-sodium foods, very fatty foods, citrus fruits and refined grains. Sometimes spicy foods or food products made with tomatoes, garlic, onions or mint can make pain worse, too. Instead, focus on eating a GERD-friendly diet. Fill up on foods like all sorts of fresh veggies, grass-fed lean meats, healthy fats, like olive or coconut oil, apples, pears, berries, bone broth, nuts, seeds and potentially yogurt, if it doesn’t worsen symptoms.

Other diet-related tips for reducing GERD symptoms include:

Figure out a way you can get a better handle on stress. Try changing your routine in order to feel more relaxed, exercise, meditate or get more rest.

Smokers have a much higher risk for developing GERD and other inflammatory conditions compared to non-smokers.

Research suggests there’s a link between obesity and GERD. Inflammation levels are a bigger problem in those who live a sedentary lifestyle, especially if they consume a poor diet. If you’re overweight, work on making lifestyle changes. Try switching your diet to one focused on whole foods. Also try getting more exercise, limiting stress and balancing hormones in other ways.

5. Talk To Your Doctor About Your Medications

Stopping the use of certain medications, such as NSAIDs if taken in high amounts, or hormone replacement drugs, may help. Speak with your doctor about whether any medications or even over-the-counter drugs might be making your symptoms worse. Also, discuss options about what to do instead.

Monitor your symptoms carefully to determine which factors might be triggering your pain and discomfort. If symptoms interfere with your lifestyle or daily activity, and last for more than two weeks, definitely consider visiting a doctor. See a doctor even if you choose to make lifestyle changes. Other reasons to get a professional opinion on treatment options include: severe hoarseness; worsening of asthma after meals; pain that’s persistent when lying down and interferes with sleep; pain following exercise; difficulty breathing that occurs mainly at night; and trouble swallowing for more than one to two days. You also may want to get tested for H. pylori infection. You also may want to discuss various causes of inflammation or sensitivities with your doctor to determine if these are further triggering your symptoms.

Read Next: Stomach Ulcer Symptoms You Can’t Ignore & How to Treat Them

It’s no secret that as we age we slow down both physically ...
Read More
Dr. Axe on Facebook 2088 Dr. Axe on Twitter 20 Dr. Axe on Instagram Dr. Axe on Google Plus Dr. Axe on Youtube Dr. Axe on Pintrest 128 Share on Email Print Article 2.2K