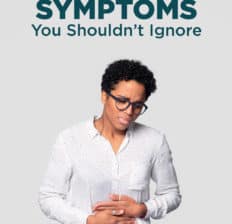 As more Americans are affected by poor diet choices, chronic stress, toxic overload and bacterial imbalance, it appears that the prevalence of leaky gut is potentially reaching epidemic proportions. The medical profession is just now agreeing this condition even exists, which is especially shocking considering that “intestinal permeability” (another name for leaky gut) has been discussed in the medical literature for over 100 years!

Why should leaky gut syndrome concern you? In recent years, leaky gut has been called a “danger signal for autoimmune disease.”

In this article, I outline a brief description of common leaky gut syndrome symptoms seen in people struggling with this condition. I also recommend a four-step process to help promote healing — including trigger foods to remove from your diet and beneficial supplements to add in.

What Is Leaky Gut Syndrome?

The father of modern medicine, Hippocrates, said, “All disease begins in the gut.” More than two millennia after his death, scientific research has now proven he was on to something all those years ago.

For over three decades, study after study has been published (several thousand articles exist to date) discussing our growing understanding of immunity, gut function, and how modern diets and lifestyles negatively contribute to overall health by damaging the digestive system.

I (and many others in the medical field) refer to this particular phenomenon as leaky gut syndrome. In the medical literature, leaky gut is also referred to as “increased intestinal hyperpermeability.”

What Happens When You Have Leaky Gut?

The intestines are protected by a single layer of specialized epithelial cells that are linked together by tight junction (or TJ) proteins. As one 2020 review explains, leaky gut symptoms are a consequence of intestinal TJ malfunction.

These TJ proteins are the gateway between your intestines and your bloodstream. They control what is allowed to pass into the bloodstream from your digestive system. More than 40 different TJ proteins have now been recognized to play a role in gut health.

TJ proteins have a very precise job. They have to maintain the delicate balance between allowing vital nutrients to enter your bloodstream, while remaining small enough to prevent xenobiotics (disease-causing substances like toxins and bacteria) from passing out of your digestive system into the rest of your body.

Here’s how a report published in the journal Frontiers in Immunology describes the pathology of intestinal permeability:

The intestinal epithelial lining, together with factors secreted from it, forms a barrier that separates the host from the environment. In pathologic conditions, the permeability of the epithelial lining may be compromised allowing the passage of toxins, antigens, and bacteria in the lumen to enter the bloodstream creating a “leaky gut.”

According to one review focusing on medically reviewed research about intestinal permeability (among other sources), the chronic condition of hyperpermeability may be linked to numerous symptoms and health conditions, including some autoimmune diseases.

What are the symptoms of leaky gut? Some of the most prominent signs you may have this condition include:

Leaky gut may not directly cause any of these conditions — it’s more that people who have gut issues are more likely to have a number of other health problems. So while the scientific evidence has not yet proven that increased intestinal hyperpermeability is actually responsible for these conditions, it strongly suggests that leaky gut and other dysfunctions tend to occur simultaneously.

Here’s more about some of these problems can develop due to gut dysfunction:

Some research suggests that intestinal hyperpermeability can cause the immune system to overproduce various antibodies, which may make some more susceptible to antigens in certain foods (especially gluten and dairy). In studies involving rats and human children, leaky gut and food allergies have been linked. Allergies are believed to be one of the most common symptoms.

Researchers from Hungary uncovered in 2012 that elevated gut permeability is oftentimes localized to the colon in people suffering from irritable bowel syndrome and ulcerative colitis. As far back as 1988, scientists suggested that Crohn’s disease may be more of a risk for people with leaky gut.

A small study (observing 12 patients) discovered that zinc supplementation may help resolve the TJ dysfunction in these cases, although more medically reviewed research is required on a larger scale to confirm these results.

The key to understanding how leaky gut can cause autoimmune diseases is through research done on a protein known as “zonulin.” According to a one article published in the journal Physiologic Reviews:

Zonulin is the only physiological modulator of intercellular tight junctions described so far that is involved in trafficking of macromolecules and, therefore, in tolerance/immune response balance. When the finely tuned zonulin pathway is deregulated in genetically susceptible individuals, both intestinal and extraintestinal autoimmune, inflammatory, and neoplastic disorders can occur.

Eating certain food allergens, such as gluten, may trigger this dangerous cascade. University of Maryland School of Medicine researchers uncovered that gluten “activates zonulin signaling irrespective of the genetic expression of autoimmunity, leading to increased intestinal permeability to macromolecules.”

The good news is that it seems possible to reverse these autoimmune reactions’ problematic immune responses.

One of the autoimmune diseases that leaky gut syndrome may directly affect is Hashimoto’s disease. Also known as “chronic thyroiditis,” this disorder is displayed with hypothyroidism (low thyroid function), impaired metabolism, fatigue, depression, weight gain and a host of other concerns.

In my patients I saw at my Nashville chiropractic clinic from 2007 to 2014, I observed various nutritional deficiencies resulting from leaky gut, including vitamin B12, magnesium and digestive enzymes. Those common nutrient deficiencies are one reason why many functional medicine practitioners prescribe a whole-food multivitamin in addition to probiotics for people suffering from this condition.

First described over 70 years ago, the “gut-skin connection theory” describes how increased intestinal hyperpermeability can cause a slew of skin conditions, particularly acne and psoriasis. Creams and drugs with endless lists of (sometimes dangerous) side effects are often prescribed for these skin disorders, yet there has been evidence for several decades that part of the root cause might exist in the gut.

According to a study published in the journal Neuroendocrinology Letters, intestinal permeability has been shown to contribute to various neurocognitive disorders. For example, the inflammatory response characteristic of intestinal hyperpermeability triggers the release of pro-inflammatory cytokines and other chemicals that are thought to induce depression.

A study published in the journal Nutritional Neuroscience described the “vicious circle between immune system impairment and increasing dysbiosis that leads to leaky gut and neurochemical compounds and/or neurotoxic xenobiotics production and absorption.”

The authors go on to describe findings from a number of studies that point to their theory that autism may be connected to problems in the microbiome, particularly within the first year of life. It is actually now a common hypothesis in modern science.

What is the main cause of leaky gut? As explained above, it occurs when certain tiny particles that should never be able to enter your bloodstream start to make their way through due to dysfunction of the mucosal barrier in the gut.

There also commonly are abnormalities in the gut stemming from antimicrobial molecules, immunoglobulins and cytokine activities. This presents a major problem, as the vast majority of your immune system is found inside the gut (sometimes called the microbiome).

The result is a disruption of acute inflammation and sometimes autoimmune reactions. A normal part of your immune response that serves to fight infections and diseases winds up over-performing, leading to chronic inflammation, which is at the root of most diseases.

Some of the underlying causes of leaky gut include:

Do most conventional doctors support the idea that leaky gut is real? Not exactly, as it the topic remains controversial.

WebMD refers to leaky gut as “something of a medical mystery.” This isn’t surprising, since it’s not a diagnosis that most doctors have been taught in medical school.

“From an MD’s standpoint, it’s a very gray area,” says gastroenterologist Donald Kirby, MD – director of the Center for Human Nutrition at the Cleveland Clinic. In his opinion, “Physicians don’t know enough about the gut, which is our biggest immune system organ.”

However, a roundtable review quotes the researchers at seven different European universities in 2014 agreeing upon the following:

Alteration of the gut barrier seems to have multiple consequences facilitating the onset of a variety of diseases depending on other hits and on genetic or epigenetic constellations, respectively. The growing significance of the gut barrier and bacterial translocation raises the questions of how we can improve gut barrier functions and gut microbiota.

While it’s encouraging that science is coming around to leaky gut syndrome being a real problem, we are by no means at a point where there are standard diagnostic tools for testing and treating this problem. This means that MDs are often left with no other choice than to follow what they believe to be the “safe path” and prescribe drugs that only treat symptoms.

For example, medications (like proton pump inhibitors or antacids) can be used to manage symptoms like acid reflux medications, but these drugs don’t solve the root problem.

Because there is so much unknown about leaky gut syndrome, it’s critical that you understand what leaky gut is and what to look out for in case you or a loved one is affected by it. The good news is that many functional and integrative medicine practitioners have a greater understanding of this condition than they did even a decade ago.

How to Get Rid of Leaky Gut (Treatment)

Several leaky gut syndrome tests are available that can help confirm a diagnosis and point you in the right treatment direction. Tests are helpful for identifying specific sensitivities and uncovering which types of toxins or deficiencies are contributing to your symptoms.

What leaky gut treatments are available?

After years of research and patient care, I developed a four-step process for helping treat leaky gut. I cover this process in my leaky gut diet and treatment plan.

If you’re concerned that you or a loved one may have this condition, I encourage you to read the detailed instructions, food suggestions and recommended supplements listed in that article.

The basic steps to healing leaky gut are as follows:

Two of the most common questions people ask are: