Black pepper is one of the most widely used spices on the planet. It’s valued not only as a flavoring agent in our meals, but also for a variety of other purposes, such as medicinal uses, as a preservative and in perfumery. In recent decades, scientific research has explored the many possible benefits of black pepper essential oil such as relief from aches and pains, lowering cholesterol, detoxifying the body and enhancing circulation, among many more.

Black pepper’s major active principle, piperine, has been shown to have many beneficial health attributes including possible anticancer properties, which is why researchers have looked at it for inclusion in diet therapy for cancer treatment as well as cancer prevention. (1)

Are you ready to take a closer look at the benefits of this incredible essential oil?

Because of its warming, anti-inflammatory and antispasmodic properties, black pepper oil works to reduce muscle injuries, tendonitis, and symptoms of arthritis and rheumatism.

A 2014 study published in the Journal of Alternative and Complementary Medicine assessed the efficacy of aromatic essential oils on neck pain. When patients applied a cream composed of black pepper, marjoram, lavender and peppermint essential oils to the neck daily for a four-week period, the group reported improved pain tolerance and significant improvement of neck pain. (2)

Black pepper oil may help ease the discomfort of constipation, diarrhea and gas. In vitro and in vivo animal research has shown that depending on the dosage, black pepper’s piperine exhibits antidiarrheal and antispasmodic activities or it can actually have a spasmodic effect, which is helpful for constipation relief. Overall, black pepper and piperine appear to have possible medicinal uses for gastrointestinal motility disorders such as irritable bowel syndrome (IBS). (3)

A study published in 2013 looked at the effects of piperine on animal subjects with IBS as well as depression-like behavior. The researchers found that the animal subjects who were given piperine showed improvements in behavior as well as an overall improvement in serotonin regulation and balance in both their brains and colons. (4) How is this important to IBS? There is evidence that abnormalities in brain-gut signaling and serotonin metabolism play a role in IBS. (5)

When black pepper essential oil is taken internally, it may promote healthy circulation and even lower high blood pressure. An animal study published in the Journal of Cardiovascular Pharmacology demonstrates how black pepper’s active component, piperine, possesses a blood pressure-lowering effect. (8) Black pepper is known in Ayurvedic medicine for its warming properties that can be helpful to circulation and heart health when used internally or applied topically. Mixing black pepper oil with cinnamon or turmeric essential oil can enhance these warming properties.

According to a 2010 study conducted at Michigan State University, black pepper extract and its constituents exhibit anti-inflammatory, antioxidant and anticancer activities. The researchers found that the the piperine and alkyl amides found in black pepper both had dose-dependent abilities to inhibit human cancer cell proliferation. (9)

Black pepper oil may help reduce cravings for cigarettes and symptoms of anxiety in smokers deprived from smoking. A clinical study published in Drug and Alcohol Dependence found that black pepper oil can suppress certain smoking withdrawal symptoms, including cravings for cigarettes. Forty-eight cigarette smokers participated in a three-hour session conducted after overnight deprivation from smoking. The participants were divided into three groups: one group of smokers puffed on a device that delivered a vapor from black pepper essential oil; a second group puffed on a device with a mint/menthol cartridge; and a third group used a device containing an empty cartridge. After puffing and inhaling from the devices throughout the session, reported cravings for cigarettes were significantly reduced in the black pepper group relative to each of the two control groups.

In addition, negative effects and symptoms of anxiety were alleviated in the black pepper group, and participants reported that the intensity of sensations in the chest were much greater with the black pepper cartridge. The results of this study suggest that respiratory tract sensations are a key aspect of mitigating smoking withdrawal symptoms. The researchers also conclude that, “Cigarette substitutes delivering black pepper constituents may prove useful in smoking cessation treatment.” (10)

Black pepper (Piper nigrum) and piperine has been shown to have “biotransformative effects” including detoxification and enhanced absorption and bioavailability of herbal and conventional drugs. (11) This is why you may see piperine as an ingredient in your supplements.

9. Serves as an Appetite Stimulant

Research shows that olfactory stimulation using black pepper essential oil, which is a strong appetite stimulant, can facilitate swallowing in people with neurological disorders. Inhalation and ingestion of black pepper oil activates the insular or orbitofrontal cortex, resulting in improvement of the reflexive swallowing movement.

In 2008, the effects of olfactory stimulation with black pepper oil were investigated in pediatric patients receiving long-term enteral nutrition (feeding with liquid supplements or tube feeding) due to neurological disorders. In eight out of 10 patients, black pepper oil intervention was continued for three months, and five patients showed increases in the amount of oral intake — plus black pepper treatment helped facilitate swallowing movement. (13)

10. Can Be Used as Food Preservative

Black and green pepper essential oils were used in a 2015 in vitro study in order to figure out the antimicrobial activity against microorganisms that cause food spoilage. Researchers found that both pepper oils displayed antimicrobial, antifungal and antibacterial activity, and they successfully inhibited the growth of Staphylococcus aureus bacteria in chicken soup. The results of this study demonstrate how both green pepper and black pepper essential oils “are efficient in controlling the growth of known food-spoilage microorganisms.” (14)

How to Use Black Pepper Oil

When buying black pepper essential oil, especially for internal use, be sure to purchase a high-quality, 100 percent pure-grade product that’s made by a trustworthy and reputable company. Because of its potent and medicinal properties, you want to use the best product you can find. You also want to look for an oil that is CO2-extracted rather than steam distilled. CO2 extraction means that chemicals like hexane or ethanol were left out of the process, which is a very good thing.

When applied topically, black pepper oil creates a warming sensation, so use small doses and dilute it with a carrier oil, like coconut oil, jojoba oil or almond oil. You can use a 1:1 dilution, especially if you apply the oil to sensitive skin.

Black pepper essential oil is extracted either through CO2 extraction or steam distillation. The essential oil has a spicy, warm, peppery and musky aroma. It’s commonly used to aid the digestive and nervous systems — stimulating circulation and promoting emotional balance. Black pepper possesses a unique versatility that’s both energizing and warming. In addition to invigorating the senses, it can be used to enhance mental clarity, and it’s a favorite among athletes and those with active lifestyles because it has warming and energizing properties.

Black pepper essential oil is also an important health food due to its antioxidant, antimicrobial potential and gastro-protective modules. With piperine as an active ingredient, black pepper holds rich phytochemistry that also includes volatile oils, oleoresins and alkaloids. Animal research has demonstrated how piperine assists in cognitive brain functioning, boosts nutrient absorption and improves gastrointestinal functionality. Animal research has also found that the free-scavenging activity of black pepper and its active ingredients may make it helpful to regulate tumor progression and also act as a general chemoprevention substance. (15)

Archaeological evidence of pepper use goes back to at least 2000 B.C. in India. References to pepper appear in Greek and Roman texts, suggesting an ancient trade between India and the West. The Romans loved adding pepper to their food; in fact, in the oldest known cookbook in existence, 80 percent of the recipes contain the spice. Signs of an ancient pepper trade from India to Egypt have also been found, including peppercorns that had been stuffed into the nostrils of Ramses the Great when he was mummified.

Black pepper essential oil can be a strong irritant in high doses, so dilution with a carrier oil (like coconut or jojoba oil) is recommended for topical use. It’s smart to try a patch test before applying black pepper oil to a larger area of your body. Start by applying a drop to your wrist or foot to make sure you won’t have an adverse reaction. 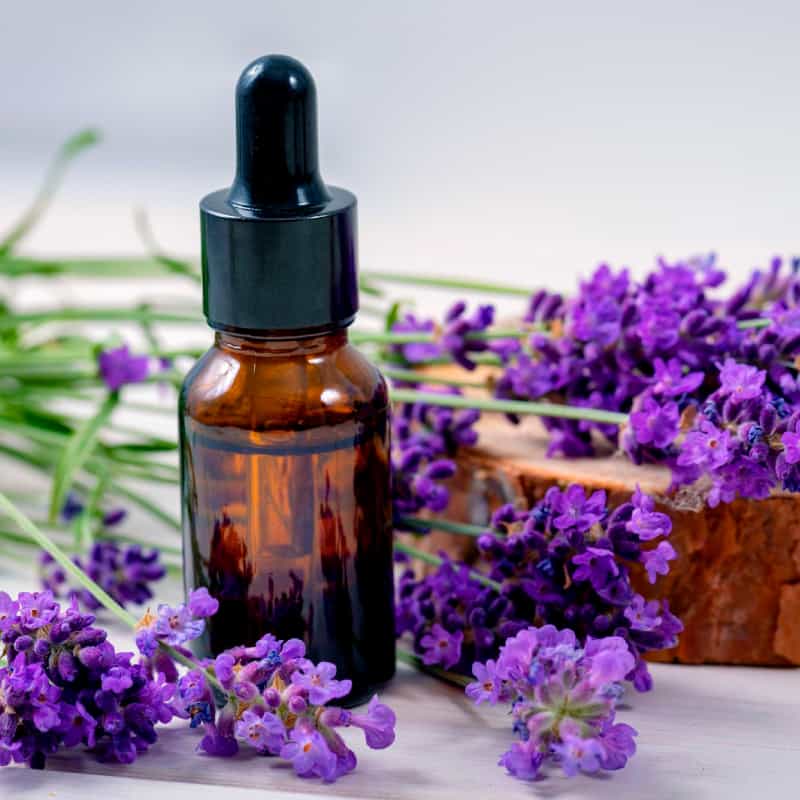 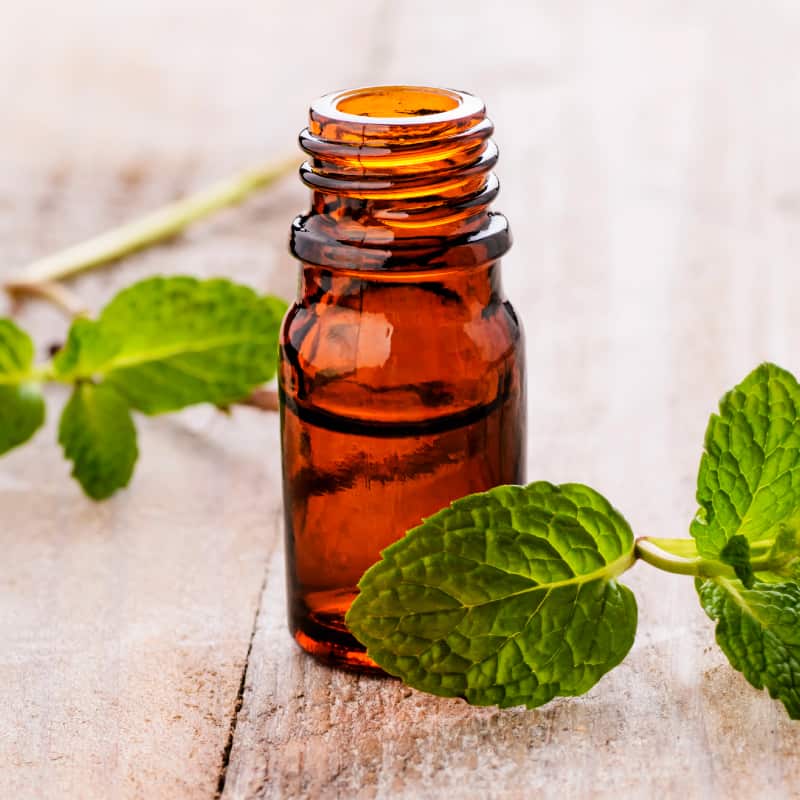 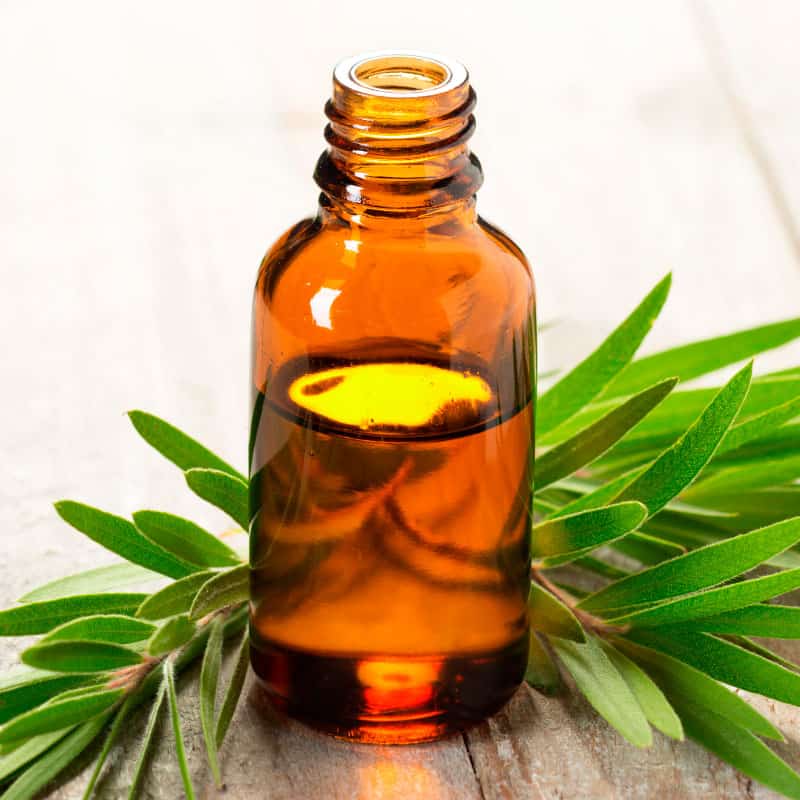 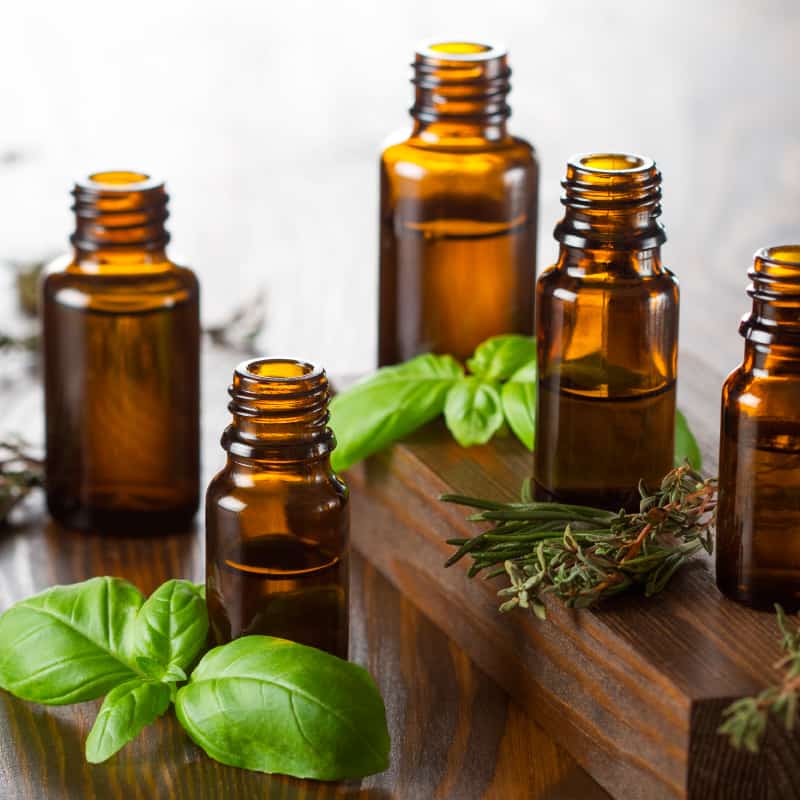 It wasn’t until recently that evening primrose oil was used for its amazing ...
Read More
Dr. Axe on Facebook 1021 Dr. Axe on Twitter 6 Dr. Axe on Instagram Dr. Axe on Google Plus Dr. Axe on Youtube Dr. Axe on Pintrest 1609 Share on Email Print Article 2.6K

Myrrh is most commonly known as one of the gifts (along with ...
Read More
Dr. Axe on Facebook 9772 Dr. Axe on Twitter 46 Dr. Axe on Instagram Dr. Axe on Google Plus Dr. Axe on Youtube Dr. Axe on Pintrest 1393 Share on Email Print Article 11.2K

Essential oils like frankincense oil have been used for thousands of years ...
Read More
View All