Cancer stem cells are responsible for initiating many cancers, as well as igniting the recurrence of cancers after treatment. Here are the top cancer stem cell-killing foods…

Green tea has many useful functions, including the ability to kill cancer stem cells. Scientists at Nanjing Medical University and Sun Yat-Sen University Cancer Center in China studied the effect of the green tea polyphenol, epigallocatechin-3-gallate (EGCG), in the lab and found that it could reduce the growth of colon cancer stem cells by 50 percent.

In addition, EGCG forced the cancer stem cells to commit cell suicide through the process of apoptosis. Another study from the University of Salford in England showed that matcha green tea, a form of powderized tea leaf, can interrupt the metabolic pathway of breast cancer stem cells, depriving them of energy and causing them to die. The effect of the EGCG in green tea on targeting cancer stem cells may help explain the protective effects of tea against colon and other cancers.

Originating from Peru, purple potatoes were prized by the ancient Inca for their nutritive benefits. They contain the bioactive anthocyanin, a blue-purple pigment that also gives many dark berries their hue. Scientists at Penn State University explored the effect of purple potatoes on cancer stem cells. In the lab, they fed mice that are at high risk for developing colon cancer the dietary equivalent of one purple potato (Purple Majesty variety) each day for a week.

They compared the effects of the potato with that of an anti-inflammatory drug called Sulindac, which is known to suppress colon polyps and colon cancer development. After one week, the colons of the mice were examined. The mice fed purple potatoes had 50 percent fewer tumors. When the colon tissues were more closely examined under the microscope, there was a 40 percent increase in the killing of colon cancer stem cells compared to the group that did not eat purple potatoes. They found that the cancer stem cells in mice fed purple potatoes were deprived of key survival factors.

The scientists prepared the purple potato in different ways, including baking, dicing, and freeze-drying, yet the bioactive cancer stem cell-fighting components appear to be stable even under different conditions and preparation techniques. Given their effects, purple potatoes may have in addition to their marvelous color features unique cancer-fighting properties that traditional white potatoes do not.

Walnuts are popular tree nuts that are eaten raw, roasted, candied, or even pickled. They are nutrient dense and contain bioactives like gallic acid, chlorogenic acid, and ellagic acid. As described earlier, eating walnuts is associated with a reduced risk for developing colon cancer and also improves survival in patients who have colon cancer. Scientists from Ewha Womans University, Seoul National University, and Sungkyunkan University in South Korea studied a walnut extract for its ability
to kill cancer stem cells.

Extra virgin olive oil contains a class of bioactives known as secoiridoids, which represent up to 46 percent of the total polyphenols present in olive oil. These natural chemicals are absorbed in the small intestines and can be detected in the blood plasma and in urine, proving their presence and availability in the body.

Some bioactives play dual roles. They can promote healthy functions in a defense system while combating the opposite effect in the same system. Chlorogenic acid helps maintain normal circulation through angiogenesis in healthy tissues, while it can simultaneously starve dangerous tumors by cutting off their blood supply.

Similarly, chlorogenic acid enhances normal stem cell function for organ regeneration, but it also cripples cancer stem cells. In fact, scientists at Nihon University in Japan found that chlorogenic acid blocks the genes supporting lung cancer stem cells, and it increases the activity of genes that kill cancer cells by one-thousand-fold. How the bioactives work in dual fashion is not well understood.

Foods high in chlorogenic acid include coffee, carrots, and stone fruit, like apricot and plums. Scientists at Seoul National University in Korea discovered that resveratrol, the bioactive found in red wine, grapes, peanuts, pistachios, dark chocolate, and cranberries, could interfere with the growth of breast cancer stem cells by 60 percent. Ellagic acid is another bioactive that
has been discovered to target breast cancer stem cells. Foods high in ellagic acid include chestnuts, blackberries, walnuts, and pomegranates.

The ketogenic diet involves eating a high-fat, very low-carbohydrate diet that mimics fasting for the purpose of generating ketones in the body.

Ketones are created from fat stored in the body when carbohydrates are not available for metabolism to make glucose. The ketones are used as an energy source by cells in place of glucose. This dietary strategy, although difficult to sustain, has been used for decades to help control epilepsy and is being explored to help treat glioblastoma, a deadly brain tumor.

While normal healthy cells can adapt to use ketones as an energy source, cancer cells cannot adapt the same way because they rely on glucose to keep up with their high energy demands. When glucose is low, tumors have difficulty growing. Ketones also interfere with the ability of cancer cells to obtain energy, making tumors more likely to respond to treatment when the patient is adopting a ketogenic diet. In lab mice with brain tumors, the ketogenic diet can shrink tumors by 50 percent and
lengthen survival.

Glioblastoma was used to study the ketogenic effect, in part because of the importance of cancer stem cells in this disease. Even if this cancer is successfully removed or treated initially, the glioblastoma stem cells help it return aggressively. Avoiding added sugar and adhering to a ketogenic diet are strategies that may be helpful in fighting brain tumors.

Cancer Stem Cell-Killing Foods: Putting It All Together

Your stem cells are always at work, but as you age, they slow down and can use some help. Eating foods that mobilize your stem cells can boost your body’s intrinsic ability to protect and maintain your organs. Regenerative eating, which stimulates stem cells from within, is a whole new way to think choosing which foods and beverages to consume every day.

Keep in mind that Asian and Mediterranean dietary patterns commonly contain ingredients that have been shown to help your stem cells. And be aware that other patterns, such as high-fat, high-salt or high-sugar diets, can stun them — not something you want to do frequently.

If you are fighting a chronic disease, activating your stem cells may be important for helping you overcome the damage it does to your tissues. If you’ve had a heart attack or a stroke, your stem cells can help save your heart and rebuild your brain. In these situations, powering up your stem cells is a way to fight for your health, regain your strength, and keep your
body functioning the way it needs to for a long life.

If you want to improve fitness, eating regenerative foods will help you improve blood flow, and have more energy and better endurance. If you are an athlete or in training for physical performance of any kind, you’ll want to recruit those stem cells to build muscle. If you are middle-aged and want your body to stay youthful, if you’ve had surgery and need to heal fast, or if you are recovering from an illness and want to bounce back to health quickly, eating foods that increase your circulating stem
cells may be one way to achieve your goals.

Excerpted from Eat to Beat Disease: The New Science of How Your Body Can Heal Itself. Copyright© 2019 by William W. Li, MD. Reprinted with permission of Grand Central Publishing. All rights reserved. 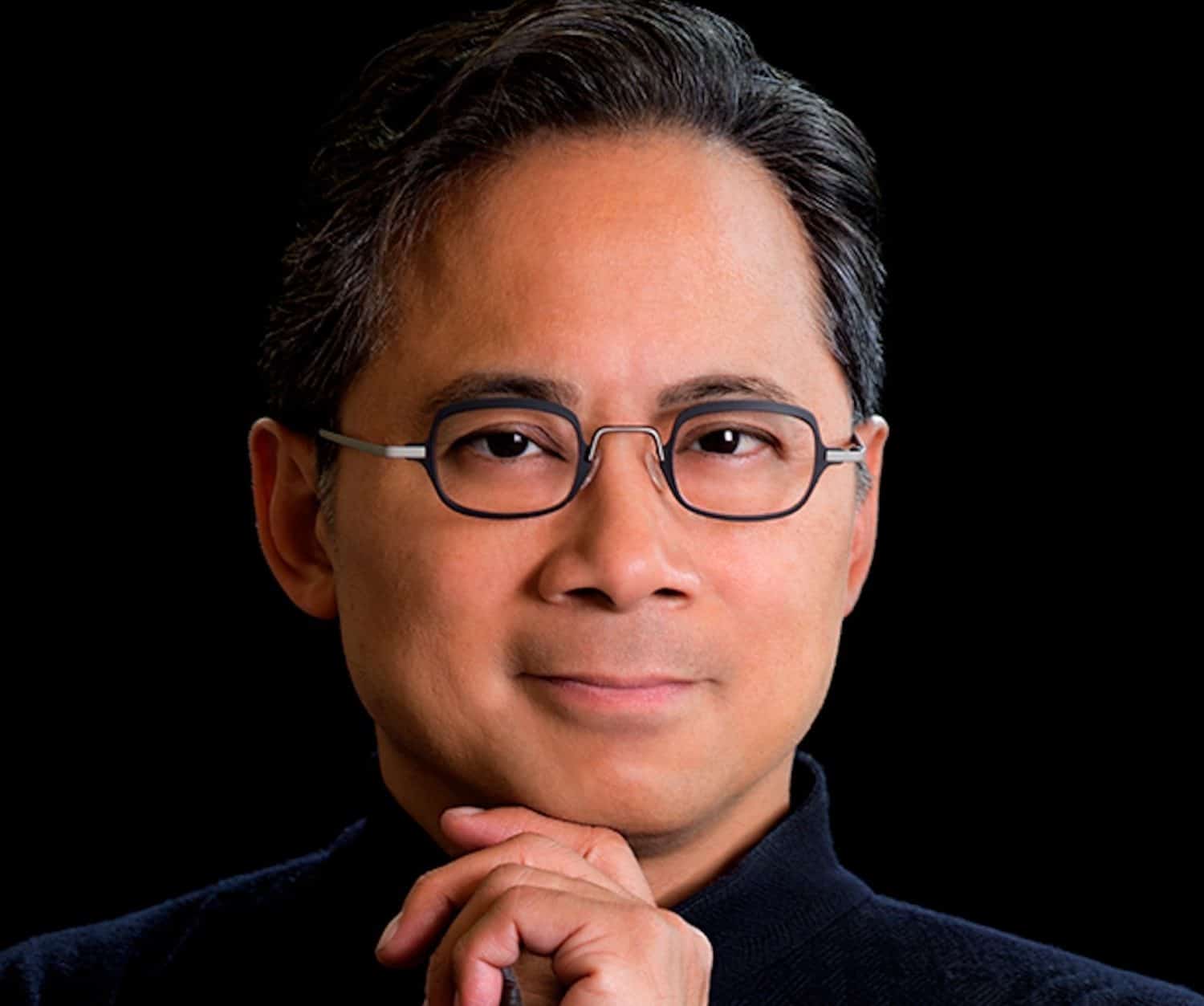 William W. Li, MD, is an internationally renowned physician, scientist and author of the New York Times bestseller Eat to Beat Disease: The New Science of How Your Body Can Heal Itself.

His groundbreaking work has led to the development of more than 30 new medical treatments and impacts care for more than 70 diseases including cancer, diabetes, blindness, heart disease and obesity. His TED Talk, Can We Eat to Starve Cancer?, has garnered more than 11 million views.

Dr. Li has appeared on Good Morning America, CNN, CNBC and the Dr. Oz Show, and he has been featured in USA Today, Time Magazine, The Atlantic and O Magazine. He is president and medical director of the Angiogenesis Foundation. More information can be found at: www.drwilliamli.com and on social media @drwilliamli

We often talk about how to protect yourself from the sun and ...
Read More
Dr. Axe on Facebook 34 Dr. Axe on Twitter 22 Dr. Axe on Instagram Dr. Axe on Google Plus Dr. Axe on Youtube Dr. Axe on Pintrest 3 Share on Email Print Article 59