Anyone who experiences a fungal infection knows just how frustrating it can be. Fungal infections can often cause much discomfort or even embarrassment (think stinky feet), but they rarely threaten your health in a serious way. There are many types of fungal infections, but some more common ones are athlete’s foot, toenail or fingernail fungus, jock itch, candida or yeast infections, oral thrush, ringworm and meningitis.

Antifungal medications, such as an antifungal cream, are often used to treat and prevent fungal infections, also known as mycosis. It’s common to obtain drugs through doctor’s prescription or over the counter, however, there are numerous natural antifungal cream remedies that seem to be more effective based on many studies.

An Epidemic of Antifungal Overuse?

Medically speaking, members of the genus Aspergillus are common fungus found anywhere on earth. To date, over 185 Aspergillus species have been identified, 20 of which have been reported to cause harmful infections in humans, animals and plants with the Aspergillus flavus as the most known because it causes direct infections and diseases in humans.

A. flavus is second only to A. fumigatus, the leading cause of human invasive aspergillosis. Although invasive aspergillosis is rare in people who have a normal immune system, it actually can contribute to more serious issues in anyone who is immunosuppressed. Despite the recent introduction of new antifungal drugs and synthetic preservatives, the application of synthetic antifungal agents has led to a notable increase in drug resistance.

The most frequently used treatment within antifungal cream contain a chemical compound called azole. However, studies are showing that there are common sensitivities and allergic reactions to many azoles and that more and more, natural remedies are producing far better results.

The American Society for Microbiology concluded that severe hypersensitivity reactions to these drugs can occur and have documented a systemic allergic reaction to fluconazole, specifically, causing clinicians to be very cautious in prescribing another azole as an antifungal agent. (1)

Additionally, these azoles can produce risks to anyone who is pregnant. A panel of azole antifungal agents that are commonly administered to women of childbearing years were tested for their potential to inhibit aromatase, which is the enzyme that synthesizes estrogen. The oral agents fluconazole and ketoconazole, and the topical agents econazole, bifonazole, clotrimazole, miconazole and sulconazole were examined. This examination showed that some azole drugs may disrupt estrogen production in pregnancy, ultimately affecting pregnancy outcome. (2)

In another study, recurrent vulvovaginal candidiasis (VVC) remains a challenge to manage in clinical practice. Recent epidemiologic studies indicate that non-albicans Candida spp. are more resistant to conventional antifungal treatment with azoles and are considered as causative pathogens of vulvovaginal candidiasis. This is just another example of how research indicates that synthetic drugs are not able to provide the much needed treatment to fungal infections. (3)

Now, the good news is that researchers are finding that the antimicrobial properties of plant products and other naturally based solutions have been recognized and used for antifungal creams since ancient times in China. Among the different groups of plant products, essential oils are especially recommended as one of the most promising groups of natural products for the formulation of safer antifungal agents.

While it’s always important to exercise caution when when using an essential oil or any new remedy, the majority of the essential oils are classified as Generally Recognized as Safe (GRAS). While essential oils are a promising alternative, there are numerous natural remedies, many of which can be found in your cupboard. (4)

The vagina is home to numerous beneficial microbes, which keep disease-causing microbes, such as Candida, in check. The yeasts grow out of control when something, such as antibiotics or hormones, disrupt that delicate balance. Using yogurt or probiotic foods, such as kombucha, has become a common natural remedy for vaginal yeast infections with the goal of restoring the vagina’s population of friendly bacteria.

A 2003 report found that studies suggest Lactobacillus recolonization of the vagina shows promise as a treatment for yeast infections and while more studies need to be developed, we know that regular ingestion of beneficial bacteria poses very little harm and is usually very helpful to the body. (5) It’s important to note that putting yogurt directly into the vagina is not advised, as it could lead to additional infection.

Numerous studies have shown that garlic benefits include its antifungal properties. Some women promote placing garlic cloves in the vagina at night, but even though this treatment is unlikely to cause any major damage, there’s no scientific evidence to show it works.

Oregano oil is a powerful plant-based antibiotic. The Journal of Medicinal Food published a study that evaluated oregano essential oil and its effect on fungus caused by bacteria — it showed significant antibacterial properties against five species of harmful bacteria.

Why is oregano so great? Oregano oil contains 71 percent of the antiseptic compounds known as phenols, including thymol and carvacrol. While oregano is a super powerful natural antibiotic, make sure to use caution. It can cause a burning sensation and should be heavily diluted with a carrier oil. Also, I would not recommend applying it to sensitive areas of the body. (8)

Tea tree oils have been shown to be effective against various Candida in numerous studies. Tea tree oil was studied, using a microbroth method, and the same preparation was tested in an experimental vaginal infection using fluconazole–itraconazole-susceptible or -resistant strains of C. albicans (Candida).

Tea tree oil was shown to be active in vitro against all tested strains and was highly successful in accelerating the elimination of Candida from the experimentally infected rat vagina. Continued studies brought about resolution of the infection regardless of whether the infecting C. albicans strain was susceptible or resistant to fluconazole. (9) Coconut oil is known for its health-supporting and immune-enhancing properties. In the case of fungus within the body, coconut oil can provide great benefits. Yeast and fungus exists in all mucous membranes of your body, in particular, the intestines, but rarely cause problems unless they become overgrown.

This is when a natural antibiotic, like coconut oil, may be very useful. Because excessive sugar intake, stress or general weakness of the immune system can cause fungal growth, a fungal nail represents just one potential manifestation of this fungal overgrowth and may accompany a systemic fungal infection.

Coconut oil contains medium-chain fatty acids that contain a fungus-killing action. These special fats exhibit potent antiviral, antibacterial and antifungal effects which can kill the fungus, which is why it should be considered for toenail fungus treatment and beyond. Both oral consumption and topical application can benefit. (10)

Dill oil has been used in Ayurvedic medicine since ancient times. Dill has been reported to possess antibacterial properties, making it a potential source of an eco-friendly antifungal drug.

The essential oil extracted from the seeds of dill (Anethum graveolens L.) was demonstrated in a study showing its ability to disrupt the permeability barrier of the plasma membrane, which can help eliminate fungus-causing bacteria. (11) (12)

Reducing sugar and refined carbohydrates can greatly curtail infection from fungals. The reason for this is that yeast feed on sugar, fermenting it to produce alcohol in the form of ethanol and an even more toxic chemical  acetaldehyde.

When you stop a potential sugar addiction and reduce the amount of sugar in your diet, you reduce the amount available to the yeast in your intestines. Yeast overgrowth, which leads to leaky gut syndrome, can result in immune reactions. It’s best to avoid processed foods and sugars of all types, cheese, alcoholic beverages, mushrooms and processed meats. Eat grains and high carbohydrate vegetables in moderation. Focus more on raw or lightly steamed vegetables and lean meats. (13)

Caprylic acid contains antibacterial, antiviral and antifungal properties. It has the ability to boost the immune system and is commonly used as an ingredient in topical fungicides. Caprylic acid helps naturally reduce yeast growth within the gastrointestinal tract so that beneficial bacteria can thrive. Taken orally, it is completely natural, helping prevent an imbalance between the presence of various bacteria.

Boric acid has antibacterial properties, making it a great, affordable home remedy for fungus. Research shows that boric acid suppository capsules appear to be very effective against yeast infections, particularly those caused by Candida. An early study found that boric acid suppositories, when taken nightly for 7 to 10 days, have up to a 92 percent cure rate. That is a strong number!

The journal Diabetes Care found that boric acid vaginal suppositories were more effective against Candida infections in diabetic women than an oral azole medication and the Journal of Women’s Health found that it’s a safe alternative for the treatment of four or more infections in a single year that is caused by non-albicans Candida.

However, boric acid can occasionally cause vaginal burning, should be diluted or used with the guidance of a doctor, is toxic when swallowed and shouldn’t be used frequently or when pregnant. (14) (15)

Until the 1940s, relatively few antifungal creams and agents were available for the treatment of systemic fungal infections; however, the discovery, though mostly ignored at the time, was made while studying biotin deficiency in animals and microbes.

Around the mid-70s, Vanden Bossche observed another azole containing antifungal activity that inhibited the uptake of purines in yeast from Candida. The development of these antifungals represented a major advance in medical mycology, though its use was associated with toxic side effects. (16)

The continued search for new and less toxic antifungals led to the discovery of the azoles several decades later with the first release in the early 1980s. However, in the 1990s, new discoveries of both fluconazole and itraconazole displayed a broader spectrum of antifungal activity. Eventually, these agents became subject to a number of clinically important limitations related to their development of resistance, the induction of hazardous drug interactions and their performance as they moved throughout the body and their toxicity. (17)

New developments have made an effort to do a better job, claiming greater potency against resistant and emerging pathogens. Regardless, it seems that natural remedies are doing a an even better job at acting as an antifungal agent.

You may find information about douching; however, douching and yeast infections don’t mix. The cleansing may actually help promote yeast infections by removing healthy bacteria from the vagina, and if you already have an infection, douching may spread it to the cervix and into the uterus so I caution you. Douching with vinegar may be worse because of the potential damage the liquid can cause to the vaginal walls.

Although many medications are available by prescription, some may cause liver damage. Several herbs may help to treat fungal infections, but herbs, as well as essential oils, may interact with other medicines. Check with your doctor to make sure. Those with chronic conditions and a weakened immune system are also more susceptible to a fungal infection. 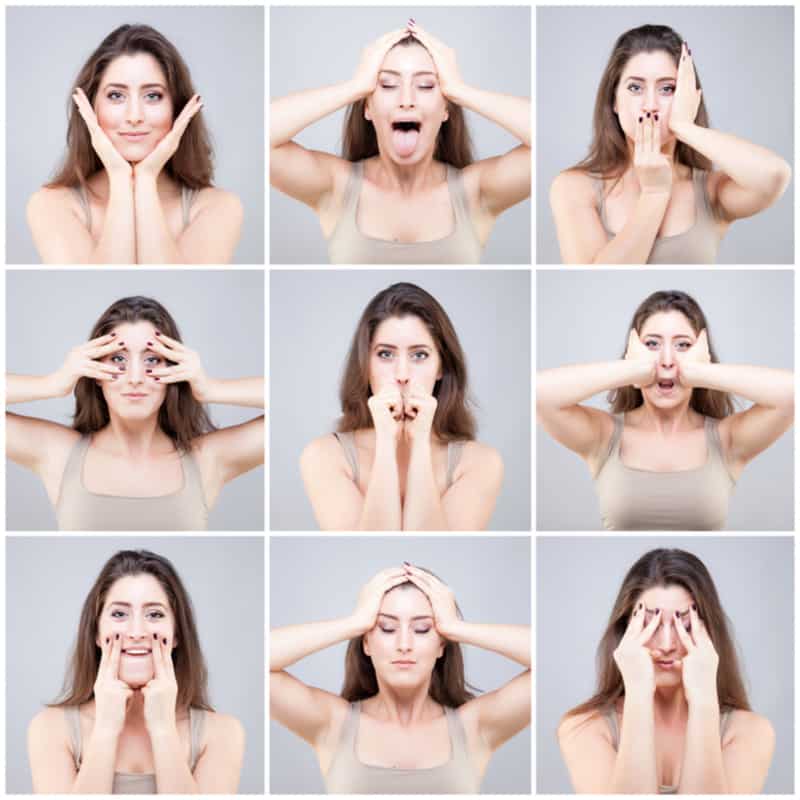 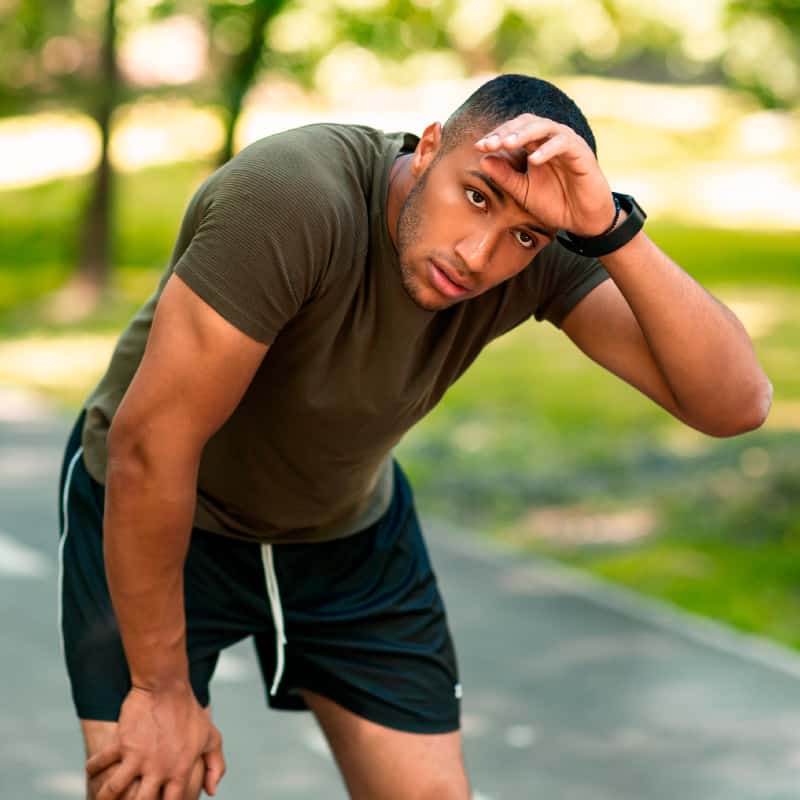 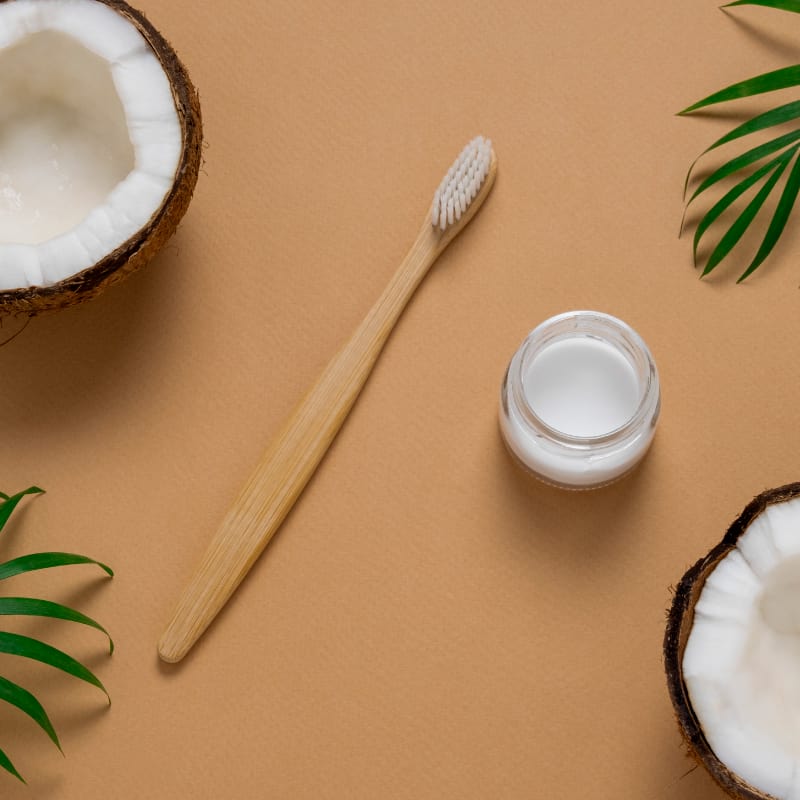 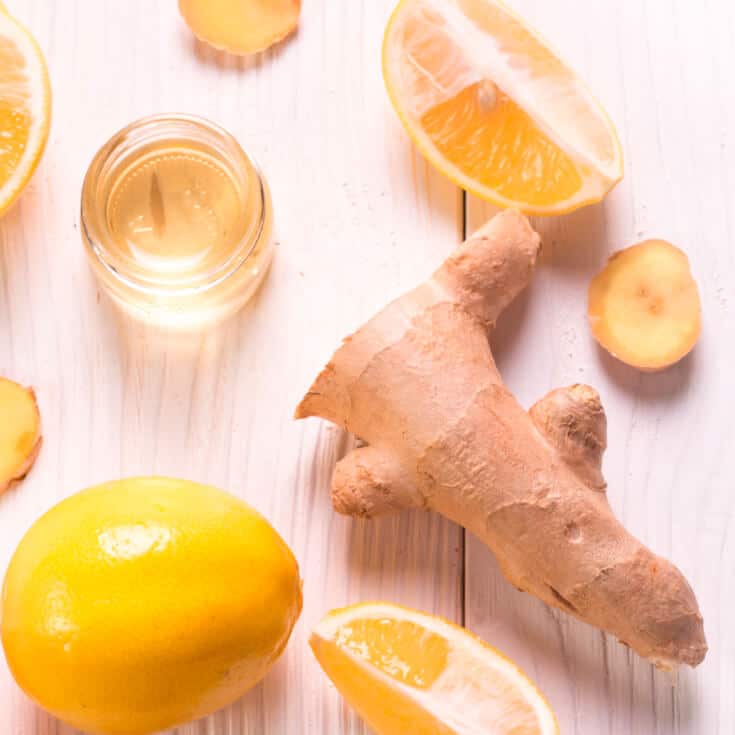 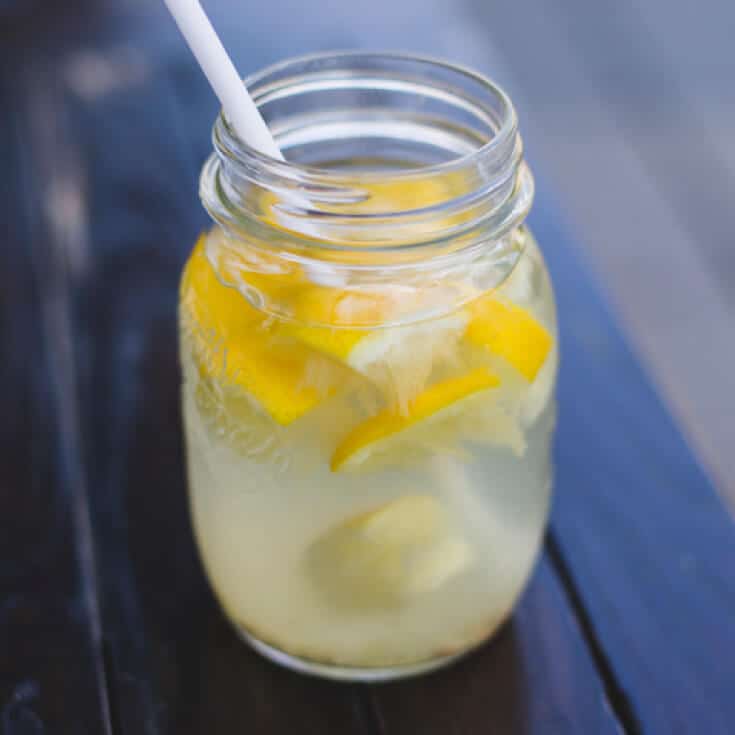 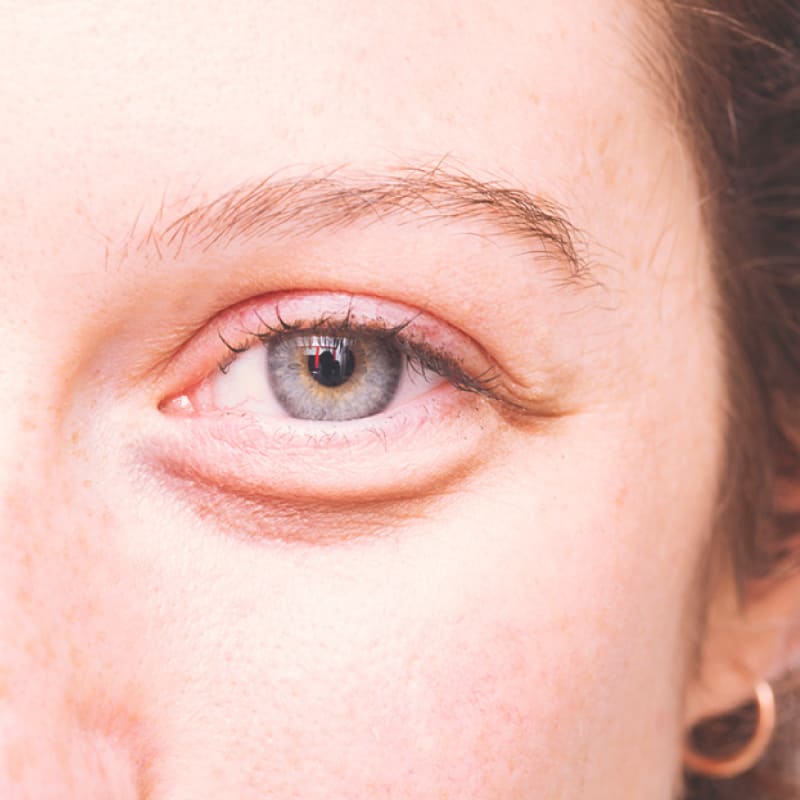 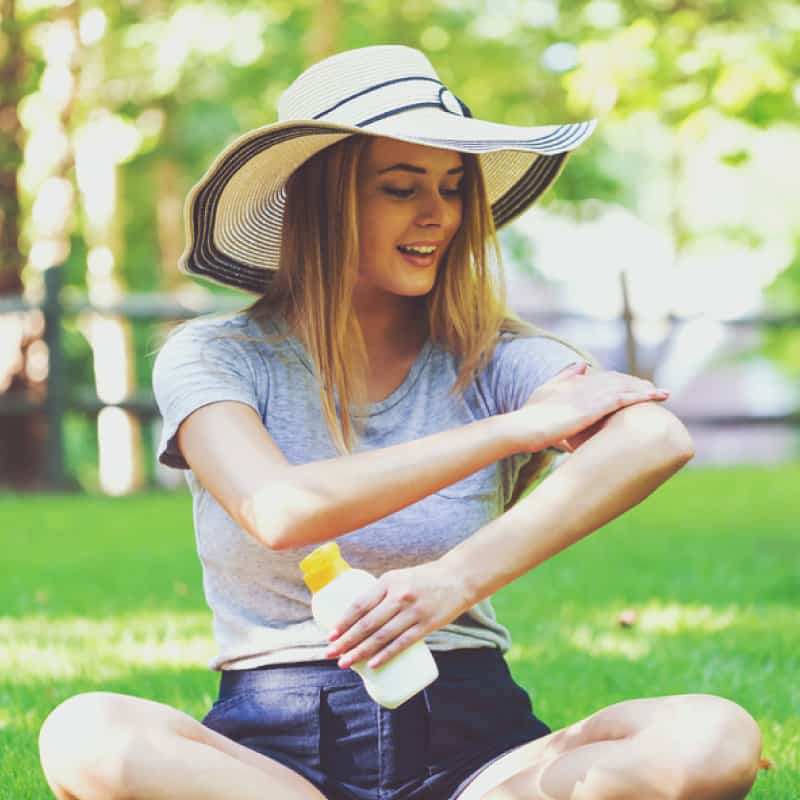 Jojoba oil (pronounced ho-ho-ba) is the liquid that comes from the seed of ...
Read More
Dr. Axe on Facebook 36 Dr. Axe on Twitter 22 Dr. Axe on Instagram Dr. Axe on Google Plus Dr. Axe on Youtube Dr. Axe on Pintrest 316 Share on Email Print Article 374

Arthritis is a joint disease that causes swelling and pain in and ...
Read More
Dr. Axe on Facebook 33 Dr. Axe on Twitter 6 Dr. Axe on Instagram Dr. Axe on Google Plus Dr. Axe on Youtube Dr. Axe on Pintrest 119 Share on Email Print Article 158

The chilly season is not your skin’s best friend. One look at ...
Read More
View All