Your gut health is an essential part of your immune health, and if there’s anyone who knows this firsthand, it’s Jordan Rubin.

Before becoming a Founding CEO of Garden of Life and co-founder of Ancient Nutrition, New York Times best-selling author, international motivational speaker and television personality, Jordan went through his own lengthy healing journey. In order to overcome what he was told was an incurable and lifelong illness, Jordan visited over 70 health care providers in seven different countries.

Experimenting with hundreds of different medications, herbal supplements and alternative therapies unfortunately didn’t lead to his recovery — but taking an unexpected, and at the time mostly unknown, type of probiotic eventually did.

Now that Jordan is well, he has since devoted his life to helping and educating others who are looking for powerful ways to improve their own health. The personal account he’s shared about his battle and triumph over Crohn’s disease has resonated with millions around the world.

In his opinion, he mostly has probiotics that contain soil-based organisms (or SBOs), coupled with dietary changes, to thank for his dramatic return to health.

In 1993, while thriving as a freshman at Florida State University, seemingly out of nowhere Jordan became sick and gradually developed what would be a slew of debilitating symptoms and illnesses.

Within a matter of months, he went from being in top physical shape and having an active social and academic life to frequently feeling wiped out all day. It quickly became his “new normal,” due to serious gastrointestinal issues that continued to worsen.

Jordan’s illness first manifested as stomach cramps that had him running to the bathroom several times a day with diarrhea. Towards the beginning of his illness, at one point he alarmingly lost 20 pounds in one week and became noticeably much weaker. His upset stomach was constant, leaving him dehydrated, lacking an appetite and with several concerning nutrient deficiencies. 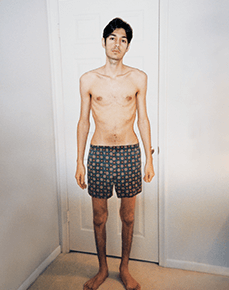 Jordan Rubin, severely underweight after being diagnosed with Crohn’s disease.

Despite being prescribed various antibiotics from a doctor he visited, his condition only worsened, as he began experiencing even more severe gastrointestinal problems, weight loss, fatigue, fevers and poor sleep.

While at first in denial about how serious his condition has become, he eventually had no choice but to ask for help. After running a 105 degree fever and admitting to his parents how sick he had become, he was checked into the hospital where he stayed for two weeks, hooked up to a hospital bed with an IV pole attached to each arm so that he could receive intravenous antibiotics and nutrients.

The doctors Jordan worked with prescribed antibiotics and antiparasitic drugs that had to be given intravenously for maximum effect, but his body was so overridden by infection that it had become terribly inflamed. As a result, heavy-duty steroid medications that are notorious for causing side effects were also needed.

After loads of tests were done, Jordan was finally diagnosed with Crohn’s disease, a condition involving the small bowel and proximal colon that causes the intestinal wall to thicken and the bowel channel to narrow, blocking the intestinal tract. The result was abnormal membrane function, including nutrient malabsorption.

Doctors informed Jordan that not only did he have one of the worst cases of Crohn’s that they had ever seen, but that he had a variation of the disease that affects only about 1 percent of people with Crohn’s: duodenitis, an inflammation of the duodenum, which is at the beginning of the small intestine. In addition, there was widespread inflammation throughout his large and small intestine that was hard to control.

Despite that there is no cure for Crohn’s and that many patients with Crohn’s disease experience frequent and progressive symptoms of abdominal pain, diarrhea and extreme weight loss, he was determined to get better.

His father, a naturopathic doctor, began a trip around the world with Jordan that took them to 70 health practitioners from seven different countries — including medical doctors, chiropractors, immunologists, acupuncturists, homeopaths, herbalists, nutritionists and dieticians.

Jordan’s health journey concluded with a visit to a California nutritionist who told him he was not healthy because he was not following God’s health plan.

He decided to change his diet to one that included only whole foods consumed in Biblical times: raw, organically grown whole grains, fruits and vegetables, as well as fermented dairy, grass-fed beef and poultry. He also added a daily regimen of probiotics teeming with beneficial bacteria in soil-based organisms.

How Probiotics Changed the Game

Jordan’s health finally started to improve thanks to his new diet and probiotic plan. He even gained an astounding 29 pounds in 40 days. He was mostly free of the digestive problems that had plagued him for years, and he was ready to reclaim his life and spread the word to others about what finally worked for him.

It was clear to Jordan and his family that dysfunction of his gut (gastrointestinal tract) was the real issue, even though he was experiencing symptoms that affected his whole body. Crohn’s disease, a supposedly incurable chronic illness, wreaks havoc on the immune system.

The gastrointestinal tract is critical to the body’s immune function because it’s where most of the body’s antibody producing cells reside. Our gut produces about 75 percent of our body’s total immune system cells.

Bacterial imbalance in the gut (called dysbiosis) contributed to the breakdown of Jordan’s gut-lining-immune-barrier and fueled the growth of yeast, fungi, parasites and disease-causing bacteria in his body. This promoted the absorption of internally produced toxins, impaired the absorption of essential nutrients and led to widespread inflammation.

Jordan believes that there were several contributing factors to the decline in his health that he experienced during his 20s:

Today, the majority of people are familiar with probiotic supplements. However, in the 1990s, it was basically a different era as far as natural remedies and supplements are concerned. Much less was known about the effects of different types of probiotics, and many so-called “experts” even flat out recommended against using soil-based organisms at the time due to a lack of knowledge and formal research.

Jordan used at least 30 different probiotics during his journey back to health. And all 30 didn’t work. All types that he tried were probiotics derived from lactic acid bacteria, except for one (called Nissle 1917 E. Coli strain, which he took while staying in Germany. Yes, he was willing to try ingesting E.coli if it could potentially help!).

While working with one world-renowned probiotic expert and specialist, he was even consuming 1–3 whole bottles per day of expensive probiotic capsules, but still didn’t see results.

It wasn’t until he came across one particular type of probiotic — which contained soil-based organisms (or SBOs) — that his condition began to go into remission.

While working with the previously mentioned nutritionist in California, Jordan’s father gave him a dark-colored powder that contained organisms and minerals to try. Jordan remarked to his father that his new probiotics looked a whole lot like dirt, and his father actually agreed and replied that that’s because they “contain healthy organisms from the soil.”

Despite nearly feeling hopeless after failing to find relief from so many different probiotics, he followed his father’s advice and understood that this type could be different. He was willing to stick with this new probiotic to see where it took him.

What made these particular probiotics different? They contained soil-based organisms, along with prebiotics and postbiotics.

Prebiotics essentially feed the healthy microbes and organisms that we’re in need of, while postbiotics (also called metabolites) are compounds that beneficial microbes create to ensure their own survival. Together, these organisms “condition” our immune systems so that they intuitively know how to protect us.

These were living organisms that our ancestors consumed on a regular basis — considering their food, clothes and bodies were “dirty” by today’s standards —  but they’ve mostly been wiped out of the diet due to pesticide treatment of America’s farmlands, pasteurization of foods and our current obsession with sanitization.

In addition to consuming probiotics with soil-based organisms, Jordan continued to heal and thrive by including fermented and nutrient-dense foods in his daily diet — such as raw goat’s milk in the form of fermented kefir; organically grown free-range or grass-fed meats; natural sprouted or sourdough breads made from whole grains that were yeast-free; organic fruits and vegetables like raw sauerkraut, carrots and other vegetable juices.

These are “living” foods that provide beneficial enzymes and microorganisms that are essential for gut and immune health.

Within one month of adding the “black powder” to his biblical diet, Jordan experienced newfound energy, went to the bathroom less frequently and continued to persevere, before returning home to Florida at his normal weight, ready to start life again. He is convinced that the combination of the biblical diet and the SBOs restored his health. 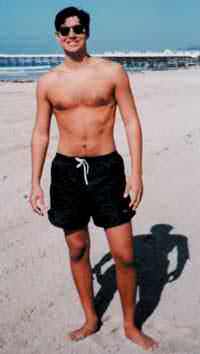 Jordan Rubin, after having recovered his health.

Once he was finally well, Jordan knew that he had to find a way to distribute the probiotics containing soil-based organisms that had helped him to get well. He started a whole-food nutrition company to help ill and hurting people like himself who were looking for answers. This is one reason he believes that he went through his whole ordeal for a reason.

Jordan now says that if he had to boil his message down to one sentence, it would be this: “No matter what health challenges plague you today, there is hope for an answer.”

His sickness kicked off a lifelong journey of him studying and coaching others about the importance of eating a whole foods diet (“Maker’s Diet“) and returning to a way of life that’s in tune with nature.

If his message about exposing oneself to essential missing microorganisms can help even one person, he considers this a blessing.