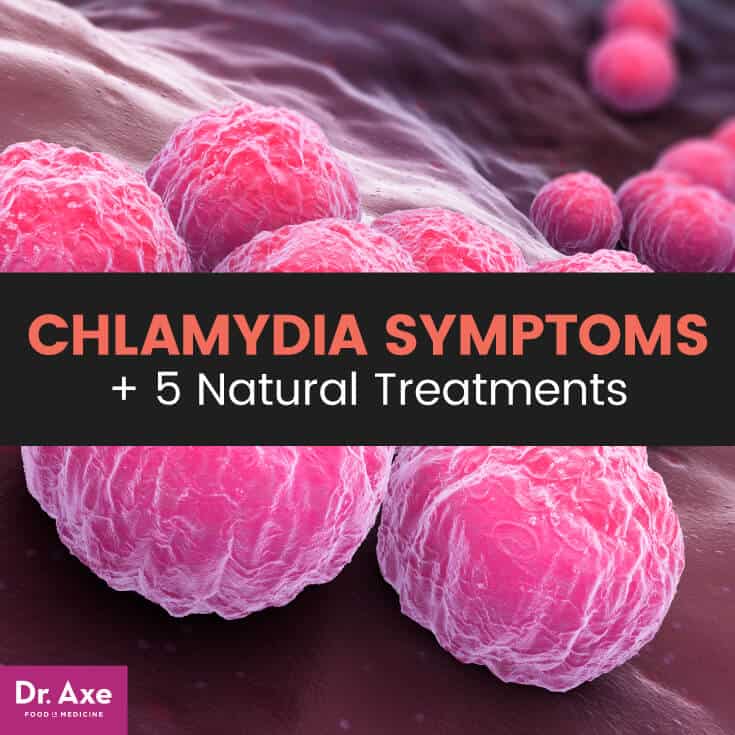 It’s the most common sexually transmitted disease (STD) that can be cured. Chlamydia infects both men and women across the globe. And the challenge with treatment, and keeping it from spreading, is that most people do not experience chlamydia symptoms. But, not having symptoms doesn’t mean you shouldn’t be concerned.

In fact, chlamydia can cause serious and permanent damage to the reproductive system. It may even make it extremely tough, or even impossible, to get pregnant. Sadly, it can also cause an ectopic pregnancy, which is a life-threatening condition. (1)

Also, when a woman has chlamydia while pregnant, it is possible to infect the baby during childbirth. This  can result in premature birth, a severe eye infection, or even pneumonia. Because of these and other dangers, it is important that sexually active people get tested regularly. It’s critical that you always continue chlamydia treatments until the infection goes away.

The CDC reports that 1,526,658 cases of chlamydia infections were reported in 2015. But, it’s estimated that nearly twice that, 2.86 million infections, occur annually in the United States. (3) Another startling statistic indicates that nearly two-thirds of new infections are occurring in young adults aged 15–24. (4)

This statistic is particularly concerning considering the potential for fatal complications, reproductive problems, and additional serious complications of chlamydia. Not to mention being mindful that spreading chlamydia to other sexual partners is easy. Since it spreads so easily, young adults should get tested regularly, treated, and practice safe sex to protect themselves from the long-term effects of a chlamydia infection.

While statistics show that most of those infected are younger, there are nearly 1 million people in the United States over the age of 24 who have chlamydia, whether they know it or not. Unless you are in a monogamous relationship and were tested in the past, it would be wise to consider testing now.

As a matter of fact, testing for chlamydia is easy; typically, just a urine sample will determine if chlamydia bacteria is present in your system. Then, if your doctor suspects that you have chlamydia in the eye, urethra, rectum or throat, he or she may order a culture test, in which a swab is used to gather fluid. (5)

Unfortunately, as mentioned above, chlamydia symptoms are rarely felt, or recognized as a problem. The Centers for Disease Control estimate that 75 percent of women and 50 percent of men don’t know they have chlamydia. That’s why you need to know chlamydia signs and symptoms, so that you can recognize them.

Chlamydia symptoms in women include (6, 7):

Chlamydia symptoms in men include (8, 9):

Every sexually active person risks contracting chlamydia. While two-thirds of the cases are sexually active young adults, older adults are not immune. The most common risk factors for chlamydia are:

A 2017 study also found that certain vaginal bacteria may increase a woman’s risk of chlamydia. Researchers concluded that, “After multivariable adjustment, women with vaginal flora dominated by Lactobacillus iners were at increased risk for C. trachomatis infection, compared with women whose flora was dominated by L. crispatus. (odds ratio, 2.6)” While this study brings to light new information about a potential risk factor, the exact reasoning behind this remains unclear for now. (12)

Psychology Today reports that STDs are up dramatically among seniors, across the globe. Nationally, chlamydia infection rose 32 percent from 2007–2014, while syphilis rose 52 percent with some senior-centric communities experiencing an 87 percent increase between 2005 and 2009. (13) In fact, outbreaks of STDs are now fairly common in retirement communities and assisted living centers. Clearly, practicing safe sex is not just for the young, but a necessity for the young-at-heart too.

Before having sex with a new partner, it is important to have an in-depth conversation about sexual histories. Being upfront and honest can prevent some awkward conversations in the future if one or both of you are diagnosed with an STD. After the discussion, you may want to both be tested, and treated for any STD, before engaging in sexual contact.

If your physician diagnoses you with chlamydia, he or she will likely prescribe an oral antibiotic for 5–10 days, depending on the severity of the infection. Until the course of the antibiotics is complete, it is still possible to spread chlamydia to your partner, so refrain from sexual contact until your antibiotic course is finished.

Commonly Prescribed Antibiotics for Chlamydia and Side Effects:

According to an article in Alternative Medicine Review, the plant alkaloid berberine found in goldenseal demonstrates significant antimicrobial activity against viruses and bacteria, including chlamydia. Also, in a small clinical study, chlamydia of the eye resulted in no relapses, even one year after treatment with eye drops made from berberine. (18) While the results of this trial are positive, it shows promise that goldenseal may be an effective treatment for chlamydia.

Goldenseal is a natural antibiotic used as an immune system stimulant. Researchers believe it limits clinical symptoms during an infection. (19) When fighting an infection such as chlamydia, goldenseal pills or extracts can help. Four to 6 grams per day in tablet or capsule form is the typical recommendation, or 2 milliliters of an extract, 3–5 times per day. Do not use goldenseal for more than three consecutive weeks.

Widely used by generations as a remedy for snake bites, sore throats, colds, coughs, pain, and intestinal upset, Echinacea has also been found to be highly effective against STDs, including gonorrhea and chlamydia. To stimulate the immune system, the United States Department of Agriculture’s Natural Resources Conservation Service states that recent research recommends doses of 10 mg per kilogram of body weight over 10 days. (20)

Long beloved around the world for its pungent aroma and culinary merits, people have used raw garlic medicinally for thousands of years to treat heart disease, cancer, high blood pressure, diabetes and infections. Researchers have identified allicin as the compound in garlic that has antibacterial, antiviral, antifungal and antiprotozoal features. (21, 22)

For best results, consume chopped or crushed garlic left to sit undisturbed for 10 minutes to allow the enzymes to morph into bacteria-fighting allicin.  Even when you aren’t experiencing chlamydia symptoms or infection, incorporating more garlic into your diet can help to boost your immune system. Try one of my favorite garlic-centric recipes like Garlic Baked Chicken or Roasted Garlic & Sweet Potato Soup.

Medicinal-grade oregano is distilled into an essential oil to create oregano oil. Researchers have identified thymol and carvacrol as the healing compounds in this natural infection fighter. Currently, PubMed, the world’s leading database for scientific evidence-based literature, lists over 1200 studies with carvacrol showing it fights certain types of cancers, viruses, infections and many other conditions. (23, 24, 25)

Goat’s milk yogurt or kefir, coconut kefir, kombucha and amasai have high levels of healthy bacteria that will help you fight chlamydia and other “bad” bacteria. The diversity of live bacteria in these foods work together to support a healthy digestive system, strengthen the immune system, boost energy, and help to detoxify the body. Consume probiotic-rich foods and drinks in tandem with other natural chlamydia treatments for best results.

While prescribed antibiotics may take 5–10 days to cure chlamydia, natural treatments may take longer, depending upon your personal chemistry. Before engaging in sexual activity, take another chlamydia test to be sure that you’ve knocked down the infection.

Left untreated, chlamydia can cause serious, potentially fatal conditions including:

Sexually transmitted diseases are on the rise in virtually all populations and age groups. Particularly concerning are the statistics that show that two-thirds of the cases involve young women and men, just beginning their sexual prime.  As symptoms of chlamydia in men and women don’t always appear, there is a significant risk in spreading this bacterial infection — even when using typical safe-sex practices.

Young women, left untreated, can develop infertility, experience an ectopic pregnancy, and suffer painful inflammatory responses until chlamydia is cured. For long-term health and wellness, it is imperative that chlamydia is treated quickly and that proven safe-sex practices are employed moving forward.

Young men, left untreated can experience painful conditions that affect sexual performance and overall wellness. It is imperative that, like women with chlamydia, they are treated and cured prior to engaging in sexual acts.

Chlamydia is not just a problem in younger demographics; older sexually active adults are contracting STDs, including chlamydia, in astounding numbers. For all age groups, it is imperative to practice safe sex, get tested annually, and to have open and honest discussions with all sexual partners about any chlamydia symptoms or other STDs.