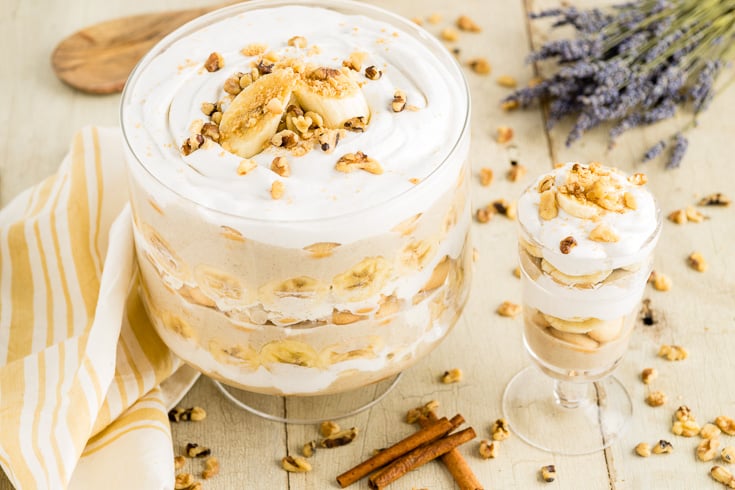 “Life-changing.” “Best dessert I’ve ever had.” Pretty strong statements, right? Well, these are just two of the many flattering responses I’ve gotten about this banana pudding recipe from scratch. I have to admit it really is incredibly tasty and also gluten-free and Paleo-friendly! People who say they don’t like bananas very much are even loving this healthier take on this classic Southern dessert.

Could this be the best banana pudding recipe around? According to many taste testers, yes, it really is. And if you layer the ingredients of this banana pudding recipe just right, you can create an incredible banana pudding trifle, which is sure to visually impress. Not to mention that the layering creates a series of perfect bites of banana, pudding, vanilla wafer and whipped cream. This recipe also keeps the banana slices separate from the actual pudding. So if you’re someone that is completely steering clear of bananas while on the Paleo diet, no problem. Simply leave the banana slices out of the recipe.

A typical Southern banana pudding recipe is loaded with refined sugar. In this recipe, the bananas provide plenty of natural sweetness along with a little bit of maple syrup. How to Make Banana Pudding

This homemade banana pudding recipe is really not hard to make at all. First, you’ll make the pudding by combining and heating the coconut milk, vanilla bean, eggs, arrowroot, cinnamon, maple syrup and a tiny bit of sea salt. You’ll whisk this mixture until it thickens into a custard-like consistency.

While the pudding chills in the fridge (for about 60 minutes), you’ll make the rich and creamy coconut whipped cream. Finally, you’ll layer pudding, vanilla cookies, fresh banana slices and whipped cream. Top it all off with some walnuts, and you have yourself an incredibly delicious and beautiful dessert, perfect for parties and get-togethers. Let’s get started. In a medium-sized saucepan, combine coconut milk and vanilla bean with seeds scraped into the pot as well. Heat milk to almost boil. Then, reduce to low. 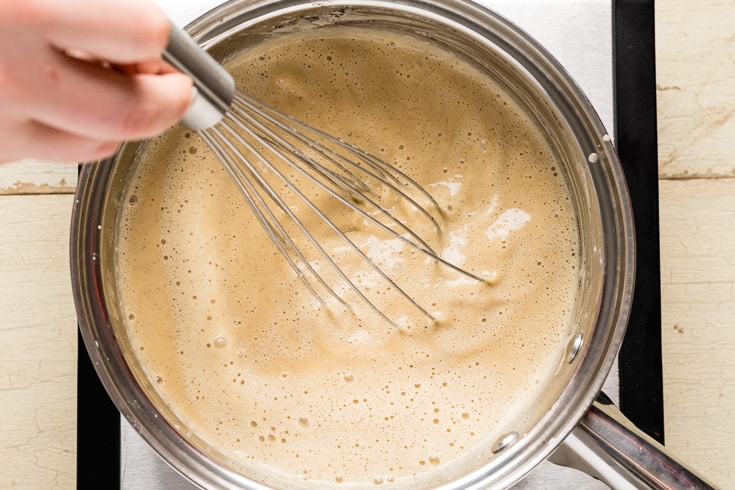 Once all is well-combined, add this mixture back to the saucepan over medium-low heat. Whisk continuously until mixture thickens into a custard-like texture. Remove and let cool before placing in the fridge to chill completely. While pudding is chilling, carefully remove the cream from two cans of coconut milk into a medium-sized bowl. With a hand mixer, beat the cream until light and fluffy. Add one tablespoon maple syrup while beating. Set whipped cream aside. In desired serving dish, starting layering all of the ingredients. Followed by the banana slices and whipped cream. Repeat in that order until all ingredients are used and whipped cream is the final topping. Top with chopped walnuts and any remaining banana slices. You can even sprinkle extra cinnamon over the top if you want. After you’ve topped your banana pudding as desired, dig in and enjoy! Simple recipes are often the best ones. But even though it tastes ...
Read More
View All