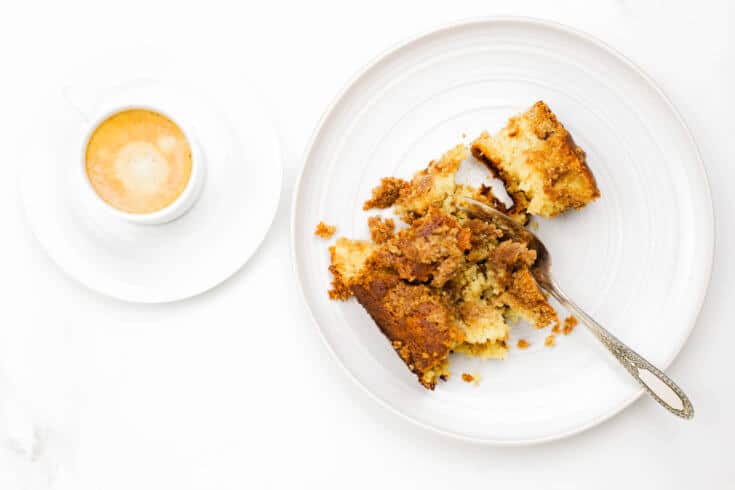 Coffee cake is a classic treat that many of us serve while entertaining guests. Next time you’re serving up some piping hot coffee, consider making this gluten-free coffee cake. Your guests won’t believe that this cinnamon coffee cake is free of wheat flour, cane sugar and butter! What Is Coffee Cake?

The coffee cake we know and love today has much evolved over the last few centuries. Cake has been around as early as times in the Bible, with honey or dates being used as sweeteners. Coffee cake is thought to have been popularized by the Danish in the 17th century as a treat to be enjoyed alongside coffee, and brought over to America by early European immigrants. Heart-healthy almond flour makes up the structure of this easy coffee cake recipe. I love almonds and almond flour because of the protein they provide.

Coconut milk is added in for additional moisture. Coconut milk is one of my favorite replacements for conventional cow’s milk since it has fatty acids that actually help lower cholesterol. Despite what the low-fat diet fad told the American public for the last 20 years, high-fat coconut milk actually helps you lose fat. It can help keep you full and energized for hours after consuming it.

Lastly, coconut oil is healthy for your heart and great for your metabolism. It has antiviral and antibacterial properties and those fantastic medium-chain fatty acids.

How to Make Cinnamon Coffee Cake

My gluten-free cinnamon coffee cake would fool even the biggest wheat lovers. First, coconut oil is added to a mixing bowl. 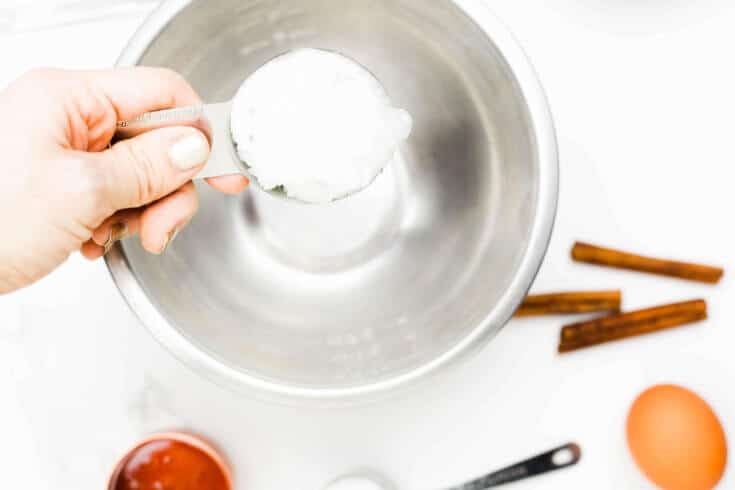 Maple syrup is added as a natural sweetener, in place of refined sugar. I love using maple syrup in baked goods because of the natural benefits, and you don’t need as much to give this coffee cake sweetness. Next, pour vanilla extract in and add a pastured egg, along with coconut milk. Mix the wet ingredients until well combined. Mix together almond flour, cinnamon and baking powder. Combine the dry mixture to the wet ingredients. Pour the gluten-free coffee cake mixture into your greased dish or loaf pan. 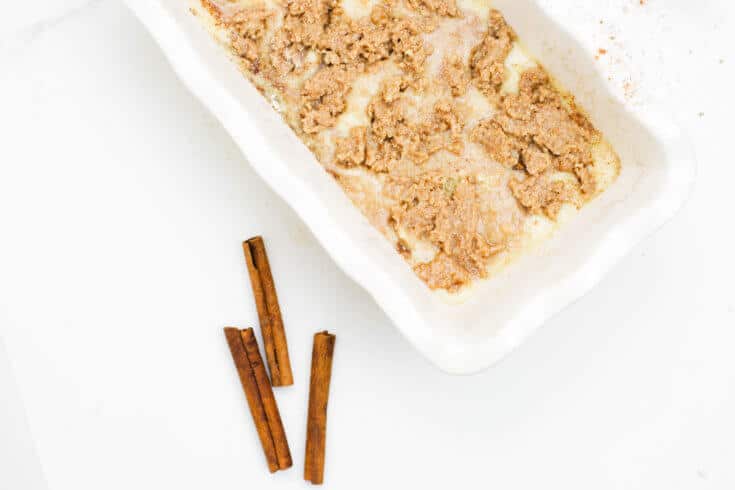 For the topping, mix together the remaining almond flour, coconut oil, maple syrup and cinnamon for a decadent and guilt-free streusel. This is coming together to be the best coffee cake recipe! Sprinkle the almond flour topping over the batter. Bake in the oven for 45–50 minutes, or until a toothpick inserted comes out clean. Serve up this coffee cake with piping hot organic coffee or tea and your guests will feel like home. One of the best parts of so many side dishes is the ...
Read More
View All
Ad