Tis the season for apple cider! This is one of my favorite autumn drinks. With nutrition-rich apples in season, it’s so simple to make and tastes good cold or warm, especially with a roaring fire. And with this apple cider recipe, there’s no need to head to the store — you can make your own instead! Why Apple Cider Is Better than Apple Juice

Apple cider and apple juice are both made from delicious apples, so is there really a difference? Though the names are often used interchangeably because there is no legal definition of apple cider, there are a few differences that make apple cider superior to the juice. Apple cider can be prepared with apple cider vinegar. This natural ingredient helps lower cholesterol, boost your metabolism, lower blood pressure and maintain a healthy gut. Apple juice, on the other hand, is usually made with just water, so it skips those extra benefits that ACV offers. Additionally, my apple cider recipe incorporates cinnamon and cloves, which apple juice doesn’t. Not only do these warm spices add a ton of flavor, but they’re also good for you, too. Cinnamon is packed with antioxidants, fights allergies and even fights infections and viruses.

Cloves are terrific for fighting candida, or yeast, something many people are plagued with because of the amount of sugar in their diets. Plus, have you ever cooked with cinnamon and cloves? Your house will smell amazing! The saying “an apple a day keeps the doctor away” came about for a reason. Apples are a fantastic food. They’re full of fiber, so that you feel full longer. They’re rich in antioxidants, which help fight free radicals and oxidation. They are anti-inflammatory, so they’re great for your gut, too. And with 6–8 apples in this apple cider recipe, you’ll be enjoying your fair share! How to Make Apple Cider

This easy apple cider recipe comes together quickly with the help of a big stockpot. Slice up the apples and oranges first. Don’t throw out the discarded bits; you can use these in my slow cooker apple butter recipe. Add all the ingredients to the stockpot and let them cook for 3 hours on medium heat. Then add the apple cider mix to a cheese or nut bag over a medium mixing bowl. Strain the liquids from the solids. 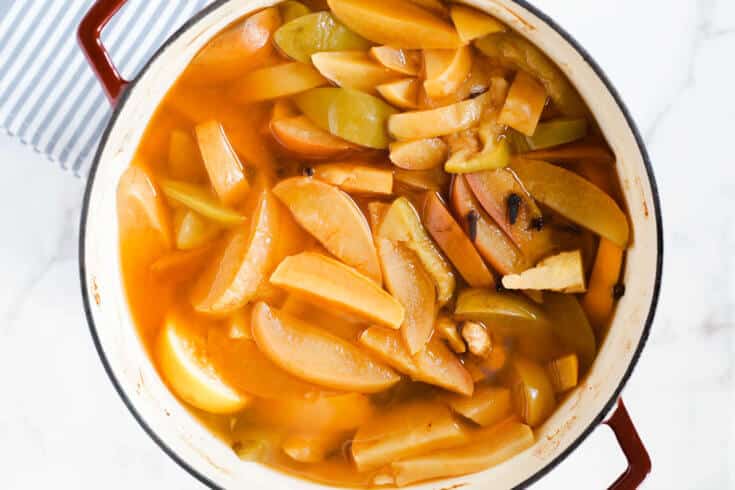 Try a sip of the apple cider here. If you’d like, add more maple sugar to taste. You can store this apple cider recipe in the refrigerator for up to three months. If you want to serve it warm, heat up in a small saucepan over low heat until it’s reached the desired temperature.

Burgers are a delicious go-to when you’re short on time. They’re simple ...
Read More
View All