Chai or chai tea is a popular drink in India, where this delicious hot beverage is often made by boiling tea leaves with milk and adding sugar and spices. My chai tea recipe is a bit of a twist because instead of whole cow’s milk, I use coconut milk.

In addition, instead of refined white sugar, I use honey or maple syrup, and instead of including tea, I keep this chai caffeine-free. (Yet it’s ready for the addition of tea if you’d like. Traditionally, chai includes black tea.)

This chai tea recipe is so tasty. Rather than being filled with toxic chemicals and artificial sweeteners and flavors, this drink is loaded with chai tea benefits thanks to its antioxidants, real spices and zero refined sugars.

It’s easy to make and extremely delicious. So, go on, give this hot, creamy, fragrant beverage a try.

Chai tea, chai latte, chai tea latte — no matter what you call it, chai is a popular beverage these days.

Tea lattes are a variation on caffè lattes. Like caffè lattes, they are typically made with steamed milk, but instead of including coffee or espresso, a tea latte is made with tea.

However, this chai tea latte recipe is caffeine-free so you don’t have to worry at all about an unpleasant caffeine overdose. So what is chai? “Chai” is the Hindi word for “tea,” which was derived from “cha.” Cha is the Chinese word for “tea.”

So what is chai tea? It’s essentially “tea tea” that is made customarily in India, where it’s commonly called masala chai.

The spices that go into chai can vary from region to region or even household to household, just like garam masala. Some of the spices most commonly included in a chai include cardamom, cinnamon, ginger, cloves and black peppercorn.

Typically, it does include caffeinated black tea, but it doesn’t have to. As I said, this chai recipe is completely free of caffeine, which makes it a great choice for kids as well as adults!

The benefits of chai tea comes from its many health-boosting ingredients. For example, all of the spices are loaded with antioxidants, which are known to play an important role in the prevention of so many chronic diseases.

How to Make This Chai Tea Recipe How to make chai tea is really quick and simple. Basically, all you have to do is heat up the milk and then combine all of the ingredients in a blender.

The same goes for chai lattes that include black tea. Simply steep the tea and add to the blender.

The first step in this recipe is to put the coconut milk into a small pot and warm it up over medium heat. Add the warmed coconut milk to a high-powered blender. Add the honey or maple syrup. Add the date and spices to the blender. Blend on high until well-combined. 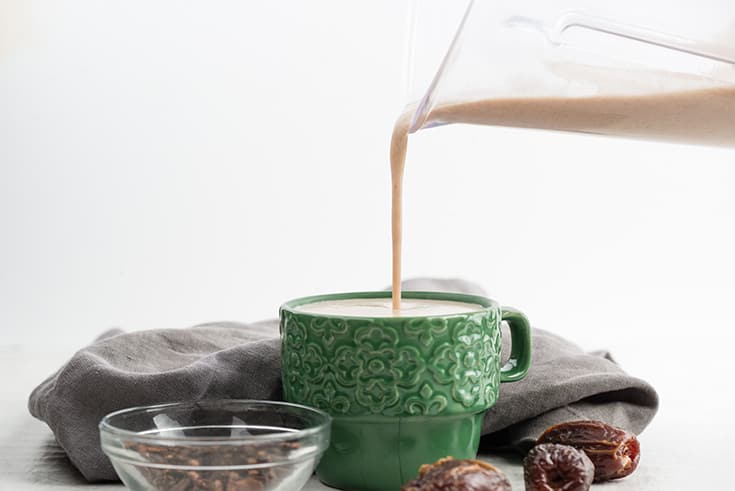 Pour and enjoy. Your chai is complete! 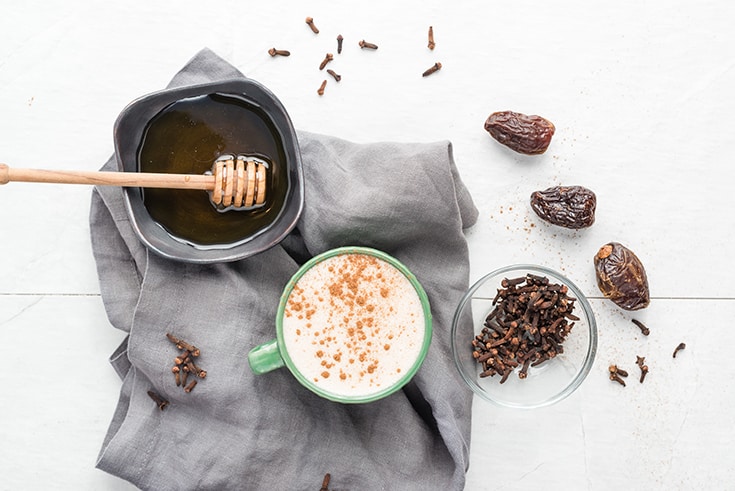 Chai tea is a popular drink in India and is often made by boiling tea leaves with milk and adding sugar and spices. Try my chai tea recipe!