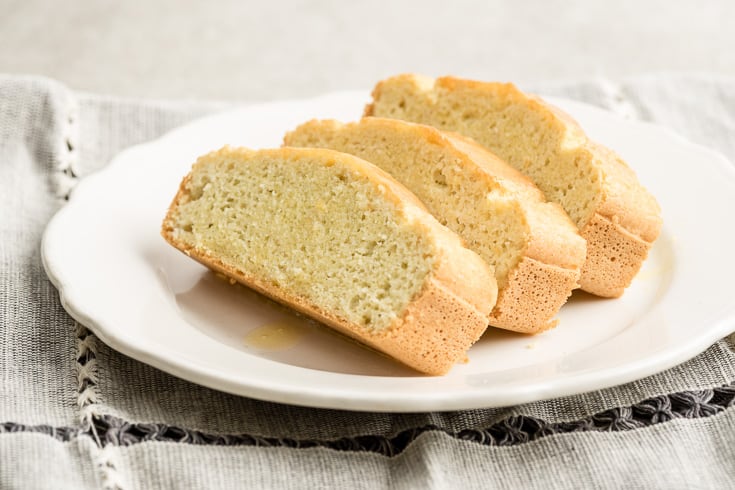 If you’re following a keto diet, this keto bread recipe is definitely a must-know! It’s also a Paleo bread recipe and a gluten-free bread recipe. But even if you’re not following any of these diets, I think you’ll want to give this bread a try because it’s not only healthy, but absolutely delicious and easy to make at home.

As you may know from reading my other articles, increasing your intake of healthy proteins and fats with a recipe like keto bread can really do wonders for your energy levels and so much more. Let’s take a look at why this may easily be a contender for the best bread recipe ever.

What does it mean to be on a ketogenic (often shortened to “keto”) diet? When you’re on a keto diet, you consume a very low-carb, high-fat diet. The idea behind this way of eating and why it can work so well is that when the body gets such small amounts of glucose from carbohydrates, it can burn another fuel source — fat — for energy.

This is why the keto diet is known for helping the body to burn fat impressively fast! What if you’re not trying to lower the number on your scale? The keto diet still may appeal to you since by limiting sugars and processed grains, you may lower your risk of developing type 2 diabetes, a disease which is becoming more and more common these days. Looking for the best bread to eat when it comes to healthy fats? This keto bread recipe definitely has you covered. It’s actually an coconut and almond flour bread, and like other almond flour recipes, you get all of those almond benefits in each slice.

What’s so great about almond nutrition? For starters, almonds are loaded with healthy monounsaturated fat, which research has shown is a heart-healthy fat that may help to lower LDL (bad cholesterol) as well as heart disease risk.

Similar to my coconut flour bread recipe, this recipe is easy enough to make at home that you just may stop buying bread at the store! If you’re new to higher fat (healthy fat) breads, should you try coconut bread or almond bread first? Well, both are delicious so it can just be a matter of personal preference or what gluten-free flour type you have on hand. This recipe is mainly almond flour bread with a touch of coconut flour and it’s one of my favorite low carb recipes.

This keto low carb bread recipe using almond flour actually comes really close to being a no carb bread. A no-carb bread is not easy to find or make unless you skip flour completely — and then can you really even call it bread? The carbs in bread as well as the sugar in “normal” breads are typically high while protein and fat are low. It’s just the opposite with this keto bread recipe — fat and protein are increased while carbohydrates and sugars are barely even there per serving.

I know there are many low carb recipes and keto recipes out there, but this keto bread is really worth a try!

One slice of this low-carb bread recipe contains about: As you can see, this recipe may not be for carb-free bread, but it’s pretty close with just over 2 grams of carbs per slice. How does typical bread compare? Just one slice of a 100 percent whole wheat sandwich bread can easily contain around 15 grams of carbohydrates! This same slice example would only have 1 gram of fat compared to this recipe’s 6 grams of fat per slice.

What about sugar? A whole wheat slice can easily have 6 grams or more per slice, while this keto bread has almost no sugar per slice at only 0.4 grams! And I’m using a relatively “healthy” bread for comparison, so this keto bread recipe is truly impressive. (11)

Pretty much all of the carbs in this recipe come from coconut flour and almond flour, and I’m talking about almond flour that is made out of only one ingredient: almonds. So how many carbs in almond flour? In a ¼ cup serving of almond flour, there are only 6 grams of carbohydrates and an impressive 6 grams of protein — it’s like a nut protein powder!

Some keto bread recipes use flaxseed meal instead of almond/coconut flour while other recipes include psyllium powder which aren’t bad ideas since both ingredients are keto-friendly and up fiber content.

What else does this keto bread have to offer? It’s loaded with beneficial egg white protein— just remember to opt for organic, free-range eggs which are known be more nutrient dense. This recipe also provides some vitamin A thanks mainly to grass-fed butter.

How to Make Keto Bread

Before you start prepping to make this low-carb bread recipe, make sure you preheat your oven to 375 F. The first thing you’ll need to do is separate six eggs. You’ll only use the egg whites for this keto bread recipe, so feel free to set the yolks off to the side to save for another recipe. Add the cream of tartar to the egg whites. You can stop whipping once soft peaks are formed. 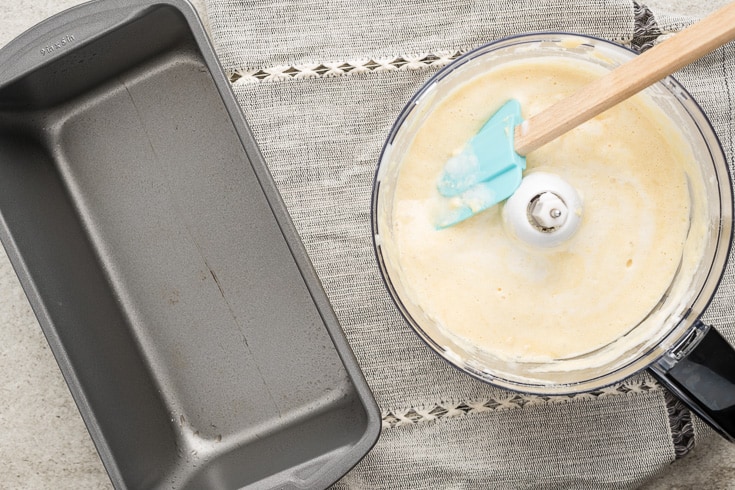 Place the mix from the food processor into a bowl and gently fold in the egg white mixture. Pour the bread mixture into a greased 8×4 loaf pan. Put the loaf pan into the oven and bake for 30 minutes. Your loaf should come out just browned on top! Allow the bread to cool slightly before cutting into it. Then, serve and enjoy! If you want to enjoy it warm later, skip the microwave and pop a slice in the toaster. If you’re following the keto diet, this is one of my keto-approved bread recipes that you can top with butter or ghee. If you’re just using this recipe as a healthy bread alternative, this bread tastes great with honey drizzled over it!

If you’re following a keto diet, this keto bread recipe is definitely a must-know! It’s also Paleo and gluten-free.

Instead of ¾ teaspoon baking soda and 3 teaspoons apple cider vinegar, you can alternatively use 3 teaspoons baking powder.

I am a huge fan of Indian food. I love how the ...
Read More
Dr. Axe on Facebook 43 Dr. Axe on Twitter 2 Dr. Axe on Instagram Dr. Axe on Google Plus Dr. Axe on Youtube Dr. Axe on Pintrest 406 Share on Email Print Article 451

Pop-Tarts (a processed toaster pastry product) are one of the most popular ...
Read More
Dr. Axe on Facebook 6 Dr. Axe on Twitter 22 Dr. Axe on Instagram Dr. Axe on Google Plus Dr. Axe on Youtube Dr. Axe on Pintrest 242 Share on Email Print Article 270