When you’re looking for an ooey, gooey Tex-Mex snack, look no further than queso. There’s something about all the melty goodness that makes it irresistible for dipping chips or veggies into, spreading onto a homemade burrito or even sneaking spoonfuls of solo.

While you can order queso at your local Mexican restaurant, you can make your own healthy queso recipe right at home. And I’m not talking about that orange stuff that’s in jars — I’m talking the real deal. Many queso dip recipes start with Velveeta as its base. The yellow cheese spread might be a classic, but it’s also the classic example of an ultra-processed food that is partly responsible for today’s obesity epidemic, as these types of foods now take up to 60 percent of the average person’s intake!

Indeed, it’s not great for our bodies. For starters, it’s not allowed to be called cheese because, technically, it’s not. In fact, the label states it’s a “pasteurized prepared cheese product.” It’s also loaded with preservatives that real cheeses don’t require. Other recipes call for American cheese singles which are’t real cheese, either. Why bother with those imitation products?

And even queso recipes that use real cheddar are often tough on tummies, thanks to all that lactose. So what’s a queso lover to do?

Make this good-for-you queso recipe instead. For starters, we use goat cheddar cheese instead of cow’s milk cheese. Goat’s milk is easier to digest, making it a good choice for people who are lactose sensitive but can’t stand not getting their queso fix.

Adding coconut cream to this queso recipe makes it super smooth; and don’t worry, it won’t taste like coconuts, but it will leave behind a velvety texture. We’ll thicken everything up using a small amount of Paleo flour, and then add the seasonings that will take this cheese dip to the next level: think chopped jalapeño for a spicy kick, smoked paprika, cumin and chili powder. Toss in some diced tomatoes and you have a spectacular queso just begging to be dipped into!

How to Make Queso

If you’re ready to make this yummy dip recipe, let’s get started! We’ll start by melting the butter over medium-high heat in a saucepan. Add in the jalapeño and stir until fragrant, about 2 minutes. 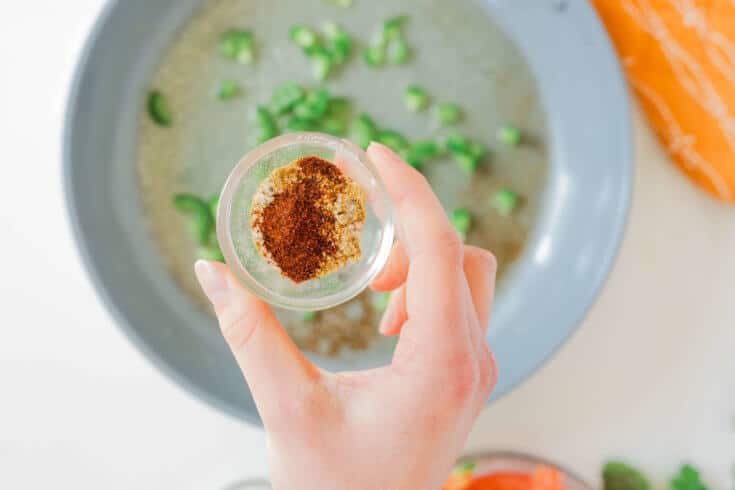 Next, add in the spices and flour and keep stirring for another 2 minutes. The kitchen will start to smell really good right about now … Next, reduce the heat to medium and add in the goat milk yogurt, coconut cream, cheese and tomatoes. Lightly stir it all up until the cheese is totally melted into the mixture. How fantastic does this queso recipe look? Finally, add the freshly made queso dip to a large bowl. Top it with fresh cilantro, smoked paprika and avocado slices. Serve alongside chips, toasted pita bread, veggies or just a spoon for an awesome queso dip for move night, game day or anytime the mood strikes!

Most of us have probably had a Reese’s Peanut Butter Cup at ...
Read More
Dr. Axe on Facebook 1 Dr. Axe on Twitter 22 Dr. Axe on Instagram Dr. Axe on Google Plus Dr. Axe on Youtube Dr. Axe on Pintrest 92 Share on Email Print Article 93